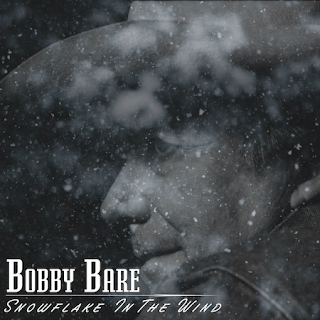 Legendary country music artist, Bobby Bare, has released a brand new song “Snowflake In The Wind.” Keeping with the traditions of the genre, Bare tells the story of heartbreak and trying to find his way after a loss, “drifting like a snowflake in the wind.” Throughout the song, Bare contemplates moving to different places, but continuously mentions that he will always see her face, eventually ending up where he has always been. Fans can listen to the song here.

“Snowflake In The Wind,” written with Darrell Scott (“It’s A Great Day To Be Alive,” “Out In The Parking Lot”), is the first release since his album Things Change in 2017. Not only is Bobby releasing music, but he also has a podcast, “Bobby Bare and Friends,” where he tells stories from the past and reminisces with his friends. Guests have included Jamey Johnson, Trace Adkins and Bill Anderson with more to come in 2020. Listen to the podcast here.

Bare was also featured on Blake Shelton’s 2018 recording of “Tequila Sheila” which Bare made famous and was written by Shel Silverstein and Mac Davis. The Country Music Hall of Famer and Grand Ole Opry member will be announcing a major new project in 2020.
Posted by LovinLyrics at 9:43 AM