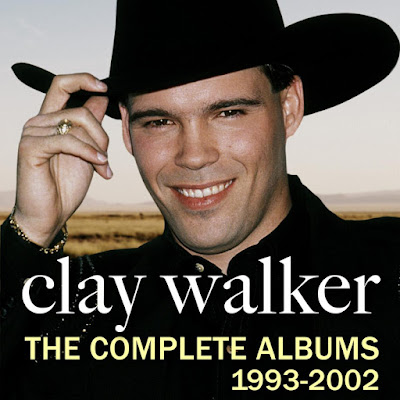 When award-winning singer/songwriter Clay Walker plays Oroville, CA on New Year’s Eve, he will wrap up one of his busiest years in recent memory highlighted by the 25th anniversary of his “If I Could Make A Living” hitting #1 on the Country charts. He played over 80 shows, including several shows with Toby Keith, signed with powerhouse management company TKO Artist Management and released Clay Walker – The Complete Albums 1993-2002. Clay will kick off 2020 by headlining Basin Strong, a concert benefitting the victims in the August Odessa, Texas shooting.

Clay was performing at Tracy Lawrence’s Mission: Possible Turkey Fry concert at Nashville’s Wildhorse Saloon last month, when he informed the sold-out crowd that 25 years ago on that very night his smash hit, “If I Could Make a Living,” hit #1 on the  Billboard Country chart. Written by Alan Jackson, Keith Stegall and Roger Murrah, Clay thanked Jackson publicly for passing on the song.

Also last month, Clay Walker – The Complete Albums 1993-2002 was released. The compilation of 76 songs recorded on Warner Brothers Nashville includes his #1 hits like “What’s It To You,” “Live Until I Die,” “Dreaming With My Eyes Wide Open,” “If I Could Make A Living,” “This Woman And This Man,” “Rumor Has It” and more. Also included are all 11 cuts from his critically-acclaimed holiday album, simply titled Christmas. Check out the entire collection HERE.

A lifelong Houston Astros fan, Clay was honored to sing the National Anthem at game six of this year’s World Series. He was joined on the field by his two young sons, and the announcer introduced him saying, “We’re very happy to welcome back a Minute Maid Park favorite…and Houston favorite, Clay Walker.” View the performance HERE.

Earlier this year, Clay signed with TKO Artist Management, home of friends Toby Keith and Mac McAnally. The relationship has reinvigorated Walker’s career and his enthusiasm for bringing fresh new music to his fans.

Clay travels to Midland/Odessa on January 16 to host Basin Strong, a concert at the La Hacienda Event Center that offers hope, healing and support to those affected by the August 31, 2019 shooting rampage. A portion of the proceeds will be donated to those impacted through The August 31 Fund of the Odessa Community Foundation, a 501c3 Odessa-based non-profit formed by the Odessa Chamber of Commerce.

Clay’s 2020 touring schedule will launch February 13 at the Historic State Theatre in Elizabethtown, KY and criss-cross the country at amphitheaters, arenas, fairs, festivals and casinos. Keep up with dates, and purchase tickets at: http://claywalker.com/tour/.

Keep up with Clay Walker at: 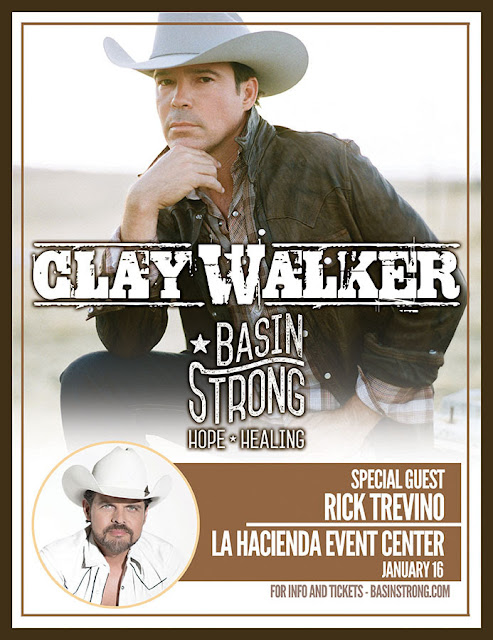 Posted by LovinLyrics at 3:18 PM