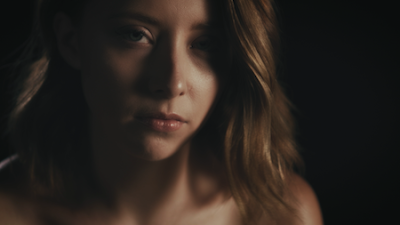 Having received high-praise for the vulnerability of her critically-acclaimed album Open Book, Kalie Shorr continues to share the unfiltered version of her life in the music video for “Escape.” In this stripped down video, Shorr sits on a road case in an empty room flashing to home videos from her childhood, including footage with her late sister, who died tragically last year of an accidental heroin overdose. “Escape” was premiered online yesterday by PEOPLE Country and on television today on CMT and CMT Music. The song is featured on Apple Music's Soundcheck playlist.

“Putting out something that is just the core of who I am, I’ve definitely gone in and out of feeling ashamed,” she says. “But to have people like it and embrace it on such a big level, that’s not just really accepting and liking my music; it’s acceptance of me — because the album is me — and that’s validating on the deepest level. It’s emotional, for sure,” Shorr tells PEOPLE.

PEOPLE's Nancy Kruh describes the video stating, “and yet, she knows, everything used to be so not complicated — which is perhaps the most heart-rending aspect of the video that PEOPLE is debuting. In the music video, Shorr has juxtaposed her piercing performance with home movies from her own childhood. The snippets show an impossibly adorable little girl [...] All the while, the grown-up Shorr sings of that innocence lost.”


Shorr continues to receive praise for her debut album Open Book as she has been ranked No. 9 on Robert Christgau’s (Dean of Music Reviewers) 2019 Dean's List.

After her Exit/In show, Billboard’s Annie Reuter said “Shorr’s high energy 90-minute set proved why she’s one of Nashville’s most buzzed-about acts. Her honest storytelling combined with her unique country rock flair engaged the packed room while her onstage banter shared her humor and vulnerabilities with the audience.”

The next step for Shorr is continuing on her “Too Much To Say Tour” as she brings it to Hotel Cafe in Los Angeles, Calif. and Stoney’s Rockin’ Country in Las Vegas, Nev. Make sure to stay up to date with Shorr at www.kalieshorr.com

Too Much Too Say Tour Dates:

More dates to be added
Posted by LovinLyrics at 12:54 PM