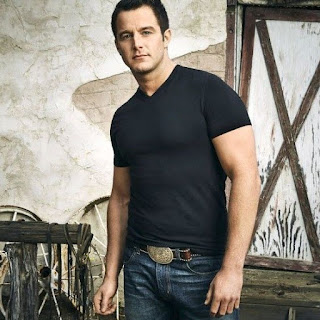 In 2010, Easton Corbin took country music by storm with the release of his debut single, “A Little More Country Than That” - which quickly hit the No. 1 spot on the Billboard Hot Country charts and was the first debut single by any country artist to go No. 1 since Dierks Bentley’s “What Was I Thinking” release in 2003. Now, ten years later, Corbin is paying homage to his musical origins with today’s release of an acoustic version “A Little More Country Than That.” Showcasing his innate talent and “rare, glorious voice” (American Songwriter), the acoustic track brings a fresh, new take on the song that put Corbin on the map


“The feeling of that first number one – there’s nothing like it. It was one of the greatest days of my life,” Corbin told Sounds Like Nashville. “After that, things just kind of took off. I’ve been so fortunate over the past ten years to have the career I do – and the loyalty of fans that continue to show up and listen. I’m so honored that people continue to choose to support me and my music, and I’m excited for them to hear what’s coming.”

To learn more about Easton Corbin, visit eastoncorbin.com
Posted by LovinLyrics at 12:22 PM