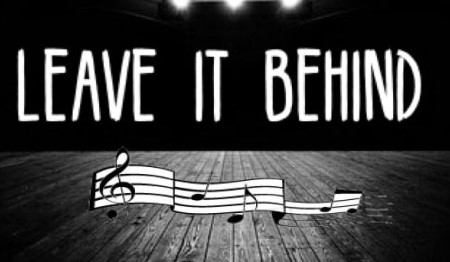 As an artist, musician, or songwriter, what you create today, you will eventually leave behind for years to come, for new generations of  listeners. Everything you make public remains for someone to enjoy long after you’re gone. Leave something that will live on in a positive way. Don’t waste your time on a ten cent song when your talent is worth more and you’re capable of creating something worth so much more to someone, something that might change their lives?

Sure, a hit song would be a sign of success and put some money in your wallet for awhile, but there are a ton of one hit wonders that faded away as soon as the next big thing came along because they didn’t produce a product with substantial staying power. Success isn’t based on a royalty check, a #1 song or a record deal. Your success is how your music affects the listener, how it makes an impact, even how it affects you personally. Your success is the smile on a face, the drunk guy who raises his beer at last call and leads the bar in a loud sing along to your song, the kid who sings along with their mom in the car when she plays your EP, an Alzheimer’s patient who can’t remember much of their lives, but there is a glimmer of a happy memory when your song starts to play. Your success is knowing you’ve written something meaningful to yourself or someone else. Success isn’t measured in chart numbers or record sales, it’s measured in moments.

As a writer, your music and hard work becomes a memory for someone of a time in their lives, a chronological scrapbook. Write music that will leave an imprint, that can be easily remembered and is easy to sing along with. Anyone can put words together and call it a song, but few have the talent to actually write something people care about hearing again and again and will remember.

As an artist, perform each show as though it’s your first, for some in the audience it may be their first concert or first time seeing you. Make each fan feel as though you are singing directly to them. It doesn’t matter how many people attend, what matters is how many people leave impressed and want to see you again. You are the person who delivers the music from the stage to their ears. They are there for you, be there for them. Leave them knowing you gave them the very best show you could. Make it worth the time they gave up to spend on you.

As a musician, you’re every bit as important as the person singing into the mic. You’re not simply a fade into the background or a hood ornament. A song doesn’t sound nearly as good without your contribution. You’re not just the drummer, just a bass player or just a fiddle player. You are the backbone of any good show, without you, it’s just not gonna stand as strong. Your notes and chords remain in a room long after the lights go down and the doors are closed. There will always be memories of your performance to someone who comes back to that venue and has seen you play that room before. You have something just as important to leave behind.

People make a conscious choice to listen to your music, to spend their last dollar on your merchandise, to drive hours just to see you. You can never repay these thousands of unknown fans who make this choice every day, but you can leave them something more important, quality music and a memorable performance that will they will carry in their hearts and memories for years.

That’s the success you leave behind. That’s your legacy. That’s your thank you.
Posted by LovinLyrics at 11:33 PM