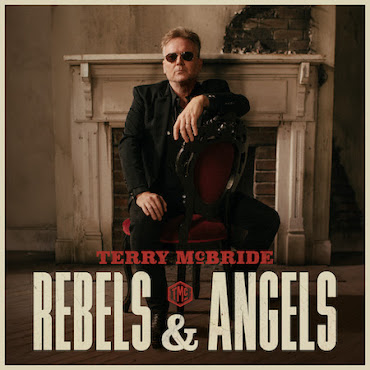 Listen to "Rebels and Angels" HERE

It goes without saying that Terry McBride is one of Nashville’s most well-respected singer-songwriters. When you combine his songwriting talents with those of the incomparable Chris Stapleton, the creation of a masterpiece is sure to ensue. Pair Terry’s quintessential vocals with those of the iconic Patty Loveless, and the song creates a vocal event practically made in heaven. Such is the case with Terry McBride’s second single and title track to his upcoming album, “Rebels & Angels” which was premiered yesterday by Taste of Country. The single portrays an observation of young love through the eyes of parents who were once in a similar situation themselves, proving opposites attract, patterns repeat generationally and love can last a lifetime.

Looking back on the song’s lifespan, McBride said "I wrote this song a few years ago with Chris Stapleton but it’s one of those songs that I continued pulling up and listening to. As a ballad and a waltz, this song had no chance of being cut but it was a favorite of mine. One day, while listening and singing along, I thought the song might work as a duet so I reached out to my longtime friend and former producer at MCA, Tony Brown to see if he would contact Patty Loveless for me. She was my first and only choice and after hearing the song she graciously said ‘Yes!’ The rest is history, as they say."

“Patty Loveless' performance is a cherry on top of an already fine songwriting dessert."

“Rebels & Angels” further builds the anticipation of McBride’s upcoming album of the same name. The 10-song project, produced by Luke Laird, is set for release on October 23, 2020. The album can be pre-ordered here.

Posted by LovinLyrics at 1:08 PM