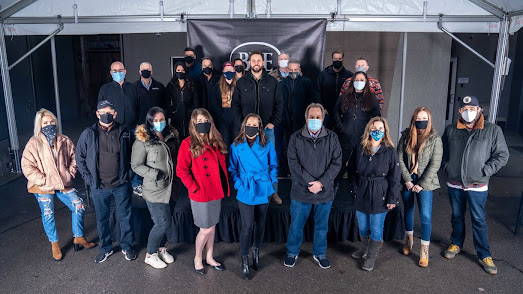 With more than 30 million streams as an artist in his own right and 3 billion streams as a songwriter, Fulcher has amassed a loyal fanbase. Today, Fulcher honored his fans' support on his musical journey thus far by sharing this special moment with them first.

"Fans are the reason I write songs," said Fulcher. "They are the lifeblood of our industry, and without them, this wouldn't be possible, so it's only right for them to know first."

Black River joins an accomplished team alongside WME, Universal Music Publishing, River House Publishing, and Badlands Management. They all look forward to a music-filled 2021, complete with a fall tour as Fulcher is set as support for Luke Combs for the third time.

"What a great day for all of us!" said Black River's President and CEO Gordon Kerr. "What an impressive team we are now partnered alongside. Most importantly, what an artist! We are honored to step into this already impressive journey and can't wait to see what is in store for Ray!"

Upon signing with Black River, Fulcher shared, "I always knew I didn't want to sign anywhere unless they really believed in our music and vision as much as we did ourselves. They had to really get the songs and what we wanted to do with them and believe that I was the guy to carry them to the masses. With Black River, we have gotten all that and more...and the more I've gotten to know the people, the more I see what a great group of not just professionals they are, but humans. Just felt like a real easy decision." 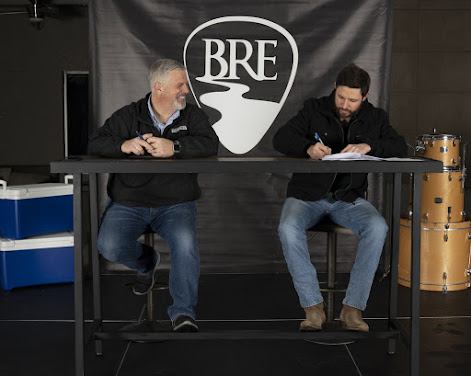 Black River Entertainment's President and CEO Gordon Kerr and Ray Fulcher
Born and raised in the small town of Harlem, Georgia, Ray Fulcher grew up on many of country music's best songwriters & storytellers, and it shows. Some of his biggest influences were Alan Jackson, Keith Whitley, Lynyrd Skynyrd, Eric Church, and George Strait. Seeing Eric Church play at Athens' Georgia Theatre at 21 years old, Fulcher was filled with inspiration and immediately went out and bought his first guitar. Shortly after graduating from the University of Georgia in 2014, Fulcher moved to Nashville to pursue a songwriting and an artist career. Soon after, Fulcher signed his first publishing deal with River House Publishing, began getting cuts as a songwriter, and released his second EP, Here We Go Again, which debuted in the Top 10 of the country charts. This early success led to coveted support spots, including the Luke Combs Beer Never Broke My Heart Tour (2019) and the Matt Stell Everywhere But On Tour (2020), as well as extensive headlining and festival dates.

Songwriting ignited Fulcher's career as he's the co-writer of eight songs on Luke Combs' Platinum debut album, This One's For You, including the No.1 single "When It Rains It Pours," which has been certified triple platinum. Adding fuel to the fire, Fulcher co-wrote eight songs on Luke's follow-up album, What You See Is What You Get, including the No. 1 singles "Even Though I'm Leaving," "Does To Me" ft. Eric Church, and "Lovin' On You." Ray's latest EP, Somebody Like Me (2019), features the singles "Anything Like You Dance" and "Life After Your Leavin'." Signed to Black River Entertainment in 2021, Fulcher is writing and recording new music with producer Jonathan Singleton and is set to support Luke Combs this fall on the What You See Is What You Get Tour.