Restless Road Signs To 1021 Entertainment/Sony Music Nashville, Debuts “Took One Look At Her Momma” Today (2/10)
“...poised to emerge into 2021 stronger than ever…”
- Country Now
“With harmonies that might make bands from the Eagles to the Jonas Brothers green with envy, Restless Road blend three distinct voices into a one-of-a-kind sound....”
- Pandora
“The buzz and fan excitement…has the trio fired up for a big year…”
- Sounds Like Nashville 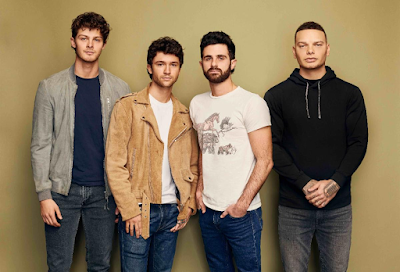 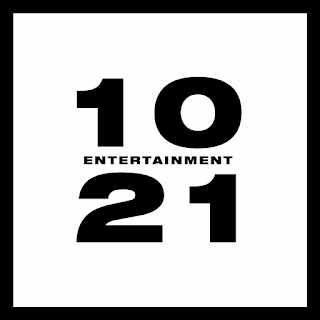 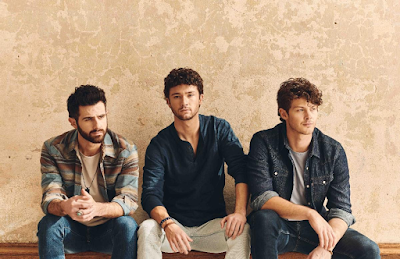 Restless Road has signed to Kane Brown’s new label, 1021 Entertainment, a worldwide joint venture with Sony Music Nashville. Variety first broke the news this morning, read more HERE. The trio (Zach Beeken, Colton Pack, Garrett Nichols) are “poised to emerge into 2021 stronger than ever” (Country Now) and are officially debuting their first single “Took One Look At Her Momma,” via 1021 Entertainment/Sony Music Nashville. Listen to the song, here: https://rr.lnk.to/tolahm.

“We are excited to welcome Restless Road to the Sony Music Nashville roster. Colton, Zach, and Garrett each bring undeniable talent, dedication, and innovation to this trio. It has also been rewarding to collaborate on this project with Kane and watch him mentor and advise as a label partner in ways only a superstar artist can,” said Margaret Tomlin, Sony Music Nashville Director, A&R.

"I want to give people chances to succeed. With 1021 Entertainment, I feel like we have a platform and team that can mentor and build up talent in country music. With my own label, I want to use it as an opportunity to shape and promote artists that may not have gotten a chance otherwise, for Restless Road and others in the future," said Brown.

“Took One Look At Her Momma,”was co-written by Restless Road with Lindsay Rimes and Andy Albert and playfully explores the old adage that women are similar to their mothers. The trio was first inspired to write about the topic after considering a few words of advice from Nichols’ father.

“The song stemmed from a really entertaining conversation my dad and I had where he was, basically sharing fatherly wisdom on everything from fishing to finding the right woman. We loved the idea of ‘Took One Look At Her Momma’ as a song title, and once we all got into the writing room it came together pretty quickly from there,” said Nichols.

Featured in Billboard, CMT’s “Off The Road” and EXTRA, Restless Road kicked off the year among several Artist To Watch lists including Pandora’s Artist To Watch lineup in 2021, calling the trio’s “...different styles and influences made for the perfect country-pop collision…” Sounds Like Nashville added, “The buzz and fan excitement ... has the trio fired up for a big year,” and Country Now said the band is, “...poised to emerge into 2021 stronger than ever.”

Restless Road announced their publishing deal to SONY/ATV this past winter, and revealed the music video for their fan-favorite song “One Step Ahead.” The music video features the trio recreating their real first dates with their real-life love interests, and the song is off their debut, self-titled EP Restless Road. The country music trio catapulted into the National spotlight quickly, when they announced their debut EP and working relationship with mentor and multi-platinum Entertainer Kane Brown on NBC’s “Today” show. The multi-instrumentalists and impressive vocalists performed their hit “Take Me Home (With Kane Brown),” the only officially approved reimagining of the classic John Denver song ever to be approved by the John Denver estate, on NBC’s “Today.” The band also toured sold-out arenas on Brown’s Worldwide Beautiful Tour, including the famed Los Angeles area, STAPLES Center.

Restless Road’s self-titled debut EP was produced by Dann Huff and co-producer Lindsay Rimes. The trio co-wrote three of the four songs on the EP with a roster of hit-making collaborators. PopCulture, Young Hollywood, and CelebSecrets highlighted the trio’s “flawless harmonies” (CMChat) and “mix of modern and traditional country sounds” (Sounds Like Nashville). Their single, “Take Me Home (With Kane Brown)” was featured on Radio Disney Country, and with a special acoustic performance at VEVO New York headquarters. Restless Road shared more about their impressive rise in a special video for fans, view it here https://youtu.be/ZwxLTJRgk3o.
For more information about Restless Road visit, https://www.restlessroad.com/.

Brown, who worked as an official mentor on “The Voice” last season, has a history of developing and supporting new talent behind the scenes. The Global entertainer is one of the most successful new artists in Country music and has been called “the future of country” (Billboard) and one of the “31 People Changing the South” (Time). His latest album, Experiment, debuted #1 on the Billboard 200 chart. His follow-up EP, Mixtape Vol. 1, earned the 5X AMA winner the highest EP debut of 2020 and highest first-week on-demand stream total since Sam Hunt’s SOUTHSIDE album debut. Brown first made history as the first artist ever to lead all five of Billboard’s main country charts simultaneously. His 2X Platinum self-titled debut album spent 13 weeks at No. 1 and earned Brown two 6X Platinum hits: “Heaven,” the third most streamed country song of all time, and his first #1 on country radio, “What Ifs,” joining both, at the time, Taylor Swift and Luke Bryan as the only artists with multiple 6X Platinum or more country songs certified by the RIAA. Brown has headlined multiple sold-out headlining arena tours, including his sold-out performance at Staples Center in Los Angeles, where Brown became one of only 10 other country artists to sell-out the world-renowned venue. For more information, visit https://www.kanebrownmusic.com/.
Posted by LovinLyrics at 1:29 PM