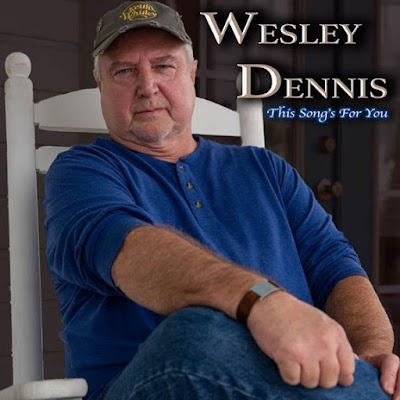 From his first appearance on the country music scene back in 1995 with a self-titled album produced by Keith Stegall, Wesley Dennis has remained unwavering in his devotion to what he calls “stone cold country music.”
Three albums, three labels and whole lot of stages later, the fervent traditionalist has signed with Florida-based indie label, KDM Records, and is releasing a new single, “This Song’s For You.”
The song is available to radio through Airplay Direct and PlayMPE. Fans can find Dennis wherever great new music is sold and streamed.
A companion video is forthcoming and the song is set to appear on Dennis’ 4th album, ONE MORE DAY (tentative release, May 2021).
“This Song’s For You” was produced by Dennis with Nashville hitmaker, Buddy Hyatt.
It’s genuine and country … just like the artist himself.
Posted by LovinLyrics at 2:11 PM