TIMMY BROWN HONORS LATE GRANDMOTHER WITH “IF YOU WERE HERE” VIDEO 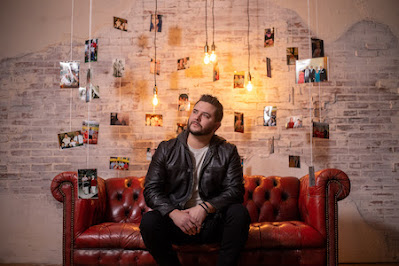 Coming off the release of his latest single, “If You Were Here,” Timmy Brown follows it up with a heartfelt video, directed by Justin Mayotte, honoring his late grandmother. The simplicity of the video highlights the love that Brown feels for his grandmother, which can be seen in the family photographs strung up behind him. “If You Were Here” explores the feelings of loss and wanting to let them know that they will be missed forever.
“Creating this music video concept with Justin was so fun because I got to get my family and friends together. We were all able to share past memories and grow closer as we remembered those no longer with us,” says Brown
"'If You Were Here' is sure to evoke emotions as music listeners are taken
through the process of grieving a loved one."
- Darlene Aderoju, People
“Years after his grandmother's passing, Timmy Brown's ‘If You Were Here’ is a heartwarming tribute to the loving impact she continues to have on his life, his dad's, and grandfather's”
- Donna Block, Medium
Later this spring, Brown will be releasing his debut album, which will feature this single, which can be heard here, and “Play It By Beer.” Already having a solid fan base in New England, this album will allow fans across the country to fall in love with Brown and his crooner voice.
Jump on the bandwagon now, as this is just the beginning for the New England native.
Posted by LovinLyrics at 6:16 PM