THE SONGS THAT LEFT THEIR MARK 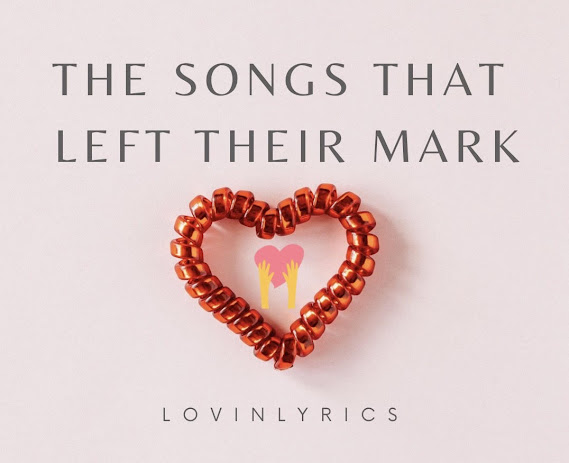 When a song hits you where it needs to, it stays with you. The words lift you, give you a reason to keep moving forward, inspire you, bring tears that you never realized you needed to shed, they make you smile, laugh and sometimes they just make your heart start to beat again when you feel that it's stopped ... they just make a difference that you needed.

Below are just some of the many songs that have stuck with me over the past 15 years of learning to listen beyond the notes and beyond standard country radio. Most of them may not have saturated the charts (a few got some high numbers), some may not have been played on your favorite stations or heck, you may not even know some of them, but they all stuck with me and continue to leave an impression. They still make me stop what I"m doing and really listen. They helped shape me into the person I am and they continue to help me in becoming the person I strive to be.

These are in no particular order because they're all just as important as the one next to it.

To these artists and writers, thank you.

"All Your Favorite Bands" - The Roadhammers (Jonny Fritz / Taylor Goldsmith)

Email ThisBlogThis!Share to TwitterShare to FacebookShare to Pinterest
Labels: articles, jennifer smith, Latest News, the songs that left their mark