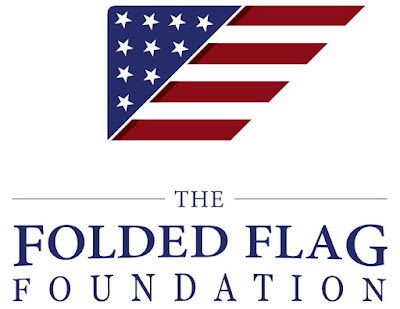 The Folded Flag Foundation has been announced as the beneficiary of Lee Brice’s Memorial Day Celebration, a national radio special sponsored by O’Charley’s Restaurant + Bar, Coca-Cola, and PickleJar and produced by Gator Michaels Consulting. Listeners across the country can tune in to their local radio stations throughout the holiday weekend and donate directly to The Folded Flag Foundation via PickleJar or by visiting giveforheroes.com. Folded Flag is a registered 501(c)(3) nonprofit, and 100% of contributions go directly toward educational scholarships and grants for the families of fallen soldiers.

PickleJar is also giving one lucky fan a trip to see Lee Brice this summer on his “Label Me Proud” tour with special guests Michael Ray, Jackson Dean, Tim Montana and Tyler Farr. Fans will be automatically registered with a donation, but they can also register for free at giveforheroes.com.

“Anyone who knows me and my music knows that I take supporting our veterans and Gold Star families very seriously,” said Lee Brice. “Those who have made the ultimate sacrifice for our country deserve nothing short of our utmost respect. The mission of Folded Flag is a sacred one for me, and that’s why I’ve become such a vocal champion of their work. This Memorial Day Celebration is going to be a blast for listeners, and I hope they will donate what they can to such a great nonprofit.”

In addition to the Lee Brice Memorial Day Celebration live national radio show, O’Charley’s employees will be wearing t-shirts during Memorial Day weekend featuring PickleJar’s intelligent QR code technology that restaurant patrons can use to access the PickleJar app to participate in the event.

“O’Charley’s support for Folded Flag and its mission is a pillar of our brand. This event is just the latest way we are working to raise money and awareness for these deserving Gold Star families,” said O’Charley’s CEO Craig Barber. “Having Lee Brice involved in such a deep way is absolutely awesome. He’s not just an outstanding musician – he’s a man who sincerely cares about helping others and using his platform to do so. I can’t thank him enough for his involvement.”

“To see the evolution of O’Charley’s support over the years has been incredible,” said Folded Flag President Kim Frank. “O’Charley’s continues to go above and beyond to help us carry out our mission and we consider our partnership with them critical for our success. I can’t wait to tune in to this Celebration to hear some special music and see how much money Lee can help us raise.”

The groundbreaking concept was the evolution of the Songwriters Cafe virtual benefit concert series, which O’Charley’s launched in 2020 by teaming up with country music stars like Lee Brice and Russell Dickerson to shine a spotlight on Gold Star families and their needs.

PickleJar is available for IOS and Android smartphones. The intelligent QR code technology is in use at select venues nationwide and fundraising events which allows participants to send monies in support of musicians and charitable events without having to download the app. Most importantly, PickleJar’s TipShare feature means the funds are automatically routed to the intended organization and they receive 100% of the funds.