Out today, Dirt Does Dylan finds the Dirt Band recording their favorites from Bob Dylan’s catalog with a little
help from their friends 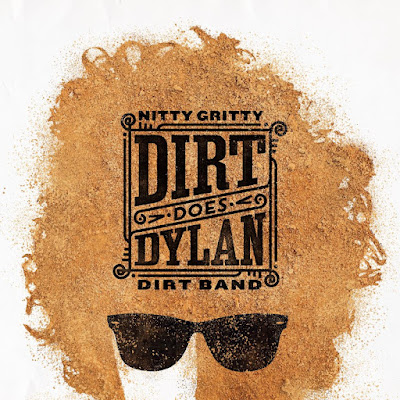 It’s been a few years since Nitty Gritty Dirt Band’s Jeff Hanna paid $4 to see Bob Dylan play at his high school auditorium in Long Beach, California, but the fire lit inside of Hanna that night still burns as strong as ever. Hanna and his Dirt Band bandmates have had quite a career of their own since then, introducing folk, bluegrass, and country music—what would later be termed “Americana”—to a whole new generation of fans. Their latest effort, however, is a full-circle return with Dirt Does Dylan, a ten-track album highlighting some of the gems from Dylan’s vast catalog with the help of three new band members: fiddle specialist Ross Holmes; singer-songwriter and bass player Jim Photoglo (who wrote one of the Dirt Band’s biggest hits, “Fishin’ in the Dark”); and Dirt Band founder Jeff Hanna’s son, the absurdly talented singer and guitarist Jaime Hanna. Produced and recorded by Ray Kennedy at Room & Board Studio in Nashville, Tennessee, Dirt Does Dylan finds a generation-spanning Dirt Band paying an appropriately great tribute to arguably the greatest songwriter of the 20th century with the help of friends like Jason Isbell, The War & Treaty, Steve Earle, and Rosanne Cash, to name a few.

Track Listing for "Dirt Does Dylan":
1. Tonight I’ll Be Staying Here with You

2. Girl from the North Country

6. She Belongs to Me

8. The Times They Are A-Changin’ (ft. Rosanne Cash, Jason Isbell, Steve Earle, and The War and Treaty)

10. Quinn The Eskimo (The Mighty Quinn)