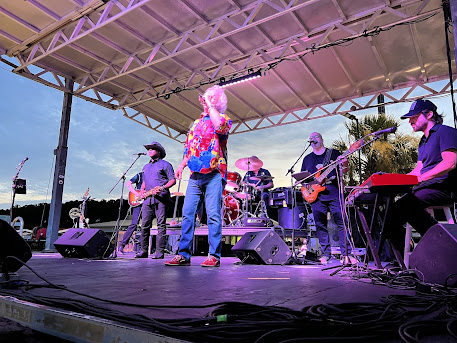 All Photo credits on this page: Jennifer Smith
The master of country soul, T. Graham Brown, made a pit stop on Saturday, July 23 at the Carteret County Speedway in Swansboro, NC.
What a perfect day to be on the NC coast, the weather was beautiful (but hot as Memphis fried chicken). Being local to the area, I can't believe I had never been to the speedway before. I always like to review the venues in addition to the performances. What a great location for a concert! The track is an asphalt short track with plenty of bleacher seating and VIP suites, a central area in the middle of the track for stage set up, a great little bar/grill called Moonshiners (yay REAL bathrooms and not just porta-potties!) and a camping area, all ten minutes to the beach! It's a very safe, family friendly place. And as if just being a great venue itself isn't enough, the owner, Bobby Lowery and the staff were fantastic. Their motto is God, County, then racing. They strive to create and maintain an environment that supports families, the community and the betterment of one another. I had the pleasure of talking to Bobby for a bit and he told me something that stuck with me, "I don't believe in a hand out, I believe in a hand up." That's what he does, he wants to help people and that's not something you find in venue owners too much anymore, sadly. It's not what the people who come to his venue can do for him, it's what he can do for the. He also runs a large thrift shop in my town, about 20 min away, called "Second Blessings Community Outreach", a Christ centered organization dedicated to assisting the family, providing them with material needs. They're really a special group of people. 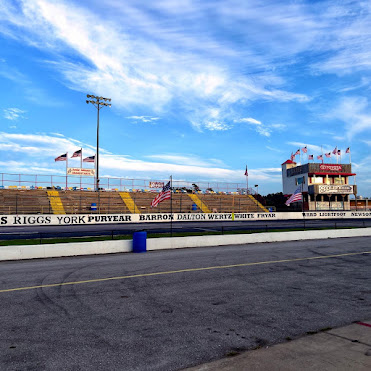 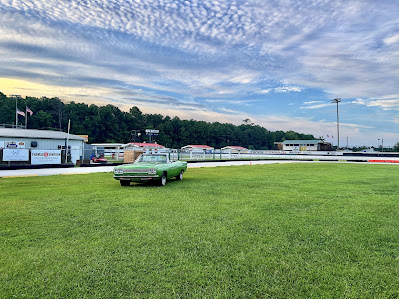 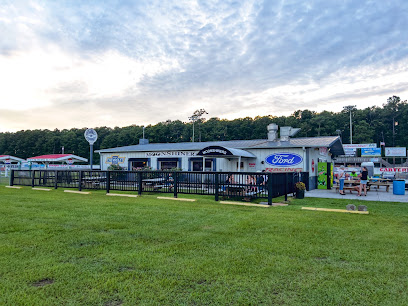 The ticket prices for this show were very reasonable. The VIP package ($50.00) included special seating under a tent with tables and chairs close to the stage, a table with appetizers in the restaurant (Jersey Mike's subs, charcuterie boards with meats, cheeses and fruits, potato chips and dip, brownies and 2 free drinks), and a meet and greet with T.Graham Brown and American Idol season 11 contestant, Chelsea Sorrell. I absolutely LOVED the VIP set up. T. Graham and Chelsea came in and talked to every single person in that room for 2.5 hrs. They didn't do the usual "shake, sign, snap and run", they stayed and were genuinely interested in the stories people had to tell, to find out more about who their fans are and to just enjoy themselves. I wish more artists would take the time to be genuinely interested instead of acting like meeting their fans is an obligation. It just had a different, more relaxed and genuine feel to it than other meet and greets. Even those who didn't pay for the VIP package still get to spend time with TGB and Chelsea outside of the restaurant area before the show.

The infield (I guess that's what you call the inside part of a race track anyway), was full of fans, not a crazy large crowd but a very pleasant and manageable gathering of the best kind of people - local music fans. Parents, kids and grandparents - they were all here for a good, clean, fun time. Runaway Train opened the show, but unfortunately due to other things going on,  I missed most of their opening set except the last song, but from what I did hear and the crowd reaction, they were good.  Now, let's get to Chelsea Sorrell (Runaway Train also provided "band aid" for her). Funny story here, but LONG before she hit the American Idol stage on Season 11, she was a part of the Chris Lane Band (yes, that Chris Lane). I used to help them with their promotions 12 years ago. The first time Chelsea and I actually met face to face was when they played together in 2015 in Burlington, NC. It was only fitting that the next time we were together with again with TGB. She's the sweetest human being. We spent the afternoon laughing and chatting it up about the "olden days". I just love her. This girl can sang. She had the crowd up and dancing, singing along and enjoying time together. 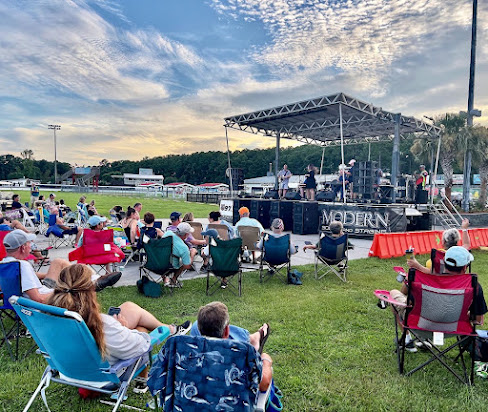 Before TGB and his band (love them, they're a great group of people, so much fun) hit the stage, we had a prayer circle in the bus. T, Sheila, myself and the band held hands in a circle in prayer. My heart was full. Then, about 8pm, T hit the stage to cheers and loud applause and played the hits that made TGB a household name in country music. This man. There is just something so special about "His T-Ness",  not just his vocals, but who he is as a person. His soul runs deep and his heart is huge. His attitude is always positive and that is such a wonderful thing to connect with in a time when things around us are anything but positive. He had the crowd smiling, laughing and dancing, just enjoying each other's company to the sounds of "I Tell It Like It Used to Be", "Darlene", "Memphis Women and Fried Chicken", "Come as You Were", "Brilliant Conversationalist", "Hell and High Water", "Moonshadow Road" and more. When he was ready to sing "Moonshadow Road", he motioned to a young boy standing by the stage to come up with him. His name was Whit and he was so cool. Whit wanted to surprise his grandparents who were in the crowd with a dedication of "Moonshadow Road" in honor of their anniversary of more than 40 years. It was a heartwarming thing to watch. When T started singing, couples were dancing. The anniversary couple were dancing as though it was their first dance all over again, looking into each other's eyes and smiling. You could feel the love. It made me smile. There was also a local woman in the crowd dancing with her great granddaughter who was probably still learning to stand. I could not stop watching them, it was so sweet. When we got a chance to talk, it turns out she was the cashier who rang me up the night before at one of our local restaurants and we remembered each other. She was so much fun, I think she danced and laughed through every song. And I have to say something about Sheila Brown. This woman works SO hard to make sure everything goes off as it should. She is constantly in motion, whether it be talking to the ticket booth, the caterers, the venue owner, the fans, or selling merch. She does it ALL and she does it for him. The love between these two is so obvious. Since the first time we met years ago, I have been "forever changed" because of these two wonderful people. 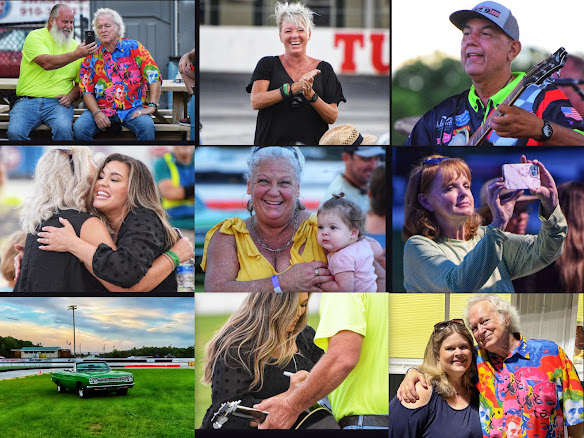 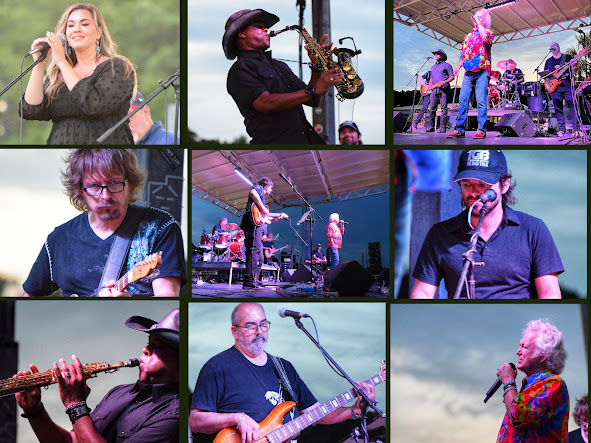 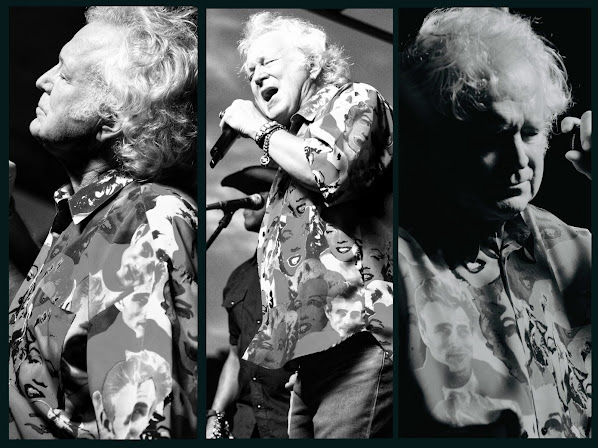 Added Bonus Tomfoolery:
When the show was over, T just HAD to take a lap around the track. I can't tell you how hard I laughed seeing this big lime green tour bus come around the corner, once really slow and then the second lap much faster. The band lined up at the finish line and did the "ZZ TOP" wave as it went by. It was magnificent. Stay tuned for video proof :-) 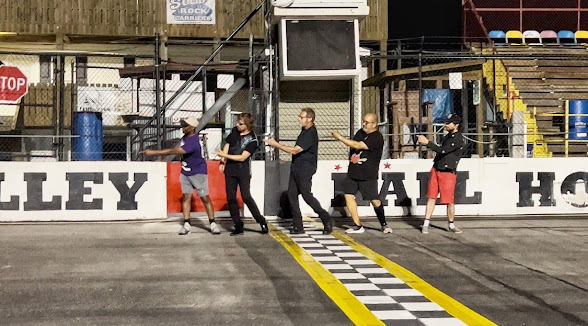 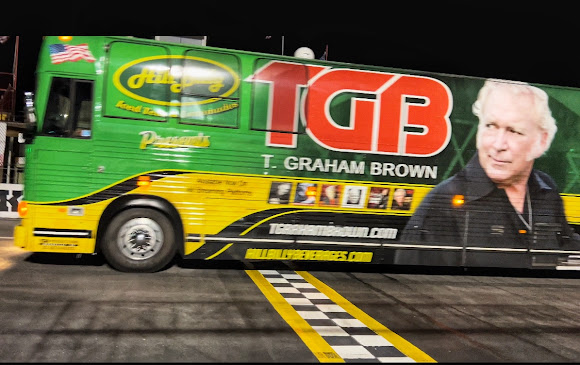 Huge thank you to EVERYONE for what is now known as "THE BEST NIGHT EVER ... AT LEAST IN 2022.". I appreciate you all!
You can catch T.Graham Brown and his band on the road and keep up to date on his latest news at www.tgrahambrown.com and on social media using the official links on his pages. There are fake pages out there posing as TGB, these links will ensure you are on the one and only official social media page.
You can connect with Chelsea Sorrell on Facebook, Twitter and Instagram.
Be sure to check out the Carteret County Speedway if you're in the eastern NC area, it's the best place!
Also stop by Second Blessings Thrift Shop located at 5178 US-70, Morehead City, NC 28557.
Posted by LovinLyrics at 1:46 PM