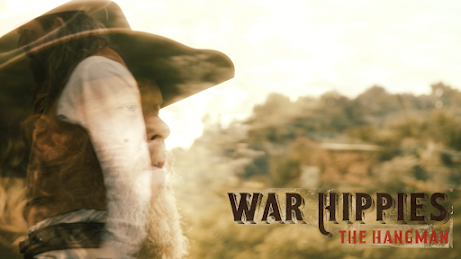 Musical duo War Hippies released the official music video for their second single, "The Hangman." The video portrays the haunting storyline of an outlaw and an angel on the run with an ending that will keep you on your toes. Featuring band members Scooter Brown and Donnie Reis, the War Hippies get the chance to tell the story of their music in a movie-like setting. Following this release, War Hippies are set to release their debut album on October 14 in conjunction with their upcoming tour with Travis Tritt and Chris Janson this Fall.
With Scooter Brown's impressive five million streams across platforms already plus Donnie Reis' music production and well-known violin, this unstoppable duo continues to wow their fans with every release. Director, Paul Gaehring and producer Scooter Brown deliver this music video in short-story format, bringing a fresh style onto the country music video scene. The Hangman and the accompanying video is just the start for what's to come in the self-titled album, War Hippies. Stay tuned!
Posted by LovinLyrics at 5:31 PM