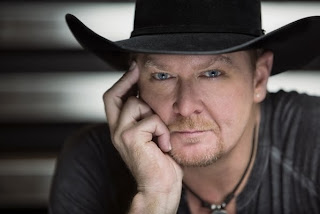 The multi-platinum selling Lawrence plans to perform the new single "Footprints On The Moon,” from his forthcoming studio album Headlights, Taillights and Radios.

Lawrence a huge fan of the Grand Ole Opry, always appreciates the opportunity to appear on the show. “ As a young performer I can remember the first time I sang on the Opry stage,” says Lawrence. “It remains as one of the most exciting events of my career.”

The entertainer last appeared on the Opry over three years ago. The singer will share the stage with other artists Angie Johnson, Mel Tillis, Larry Gatlin and more.

Tune into www.opry.com and listen live or listen on the FREE Opry smartphone app!
Posted by LovinLyrics at 3:21 PM

I"m really Excited that Tracy Lawrence will be on The Grand Ole Opry's stage again.I"m really Excited to Listen in on Friday. I"m very Happy for him with this New Album.I'm really like "FootPrints On The Moon" A Great upbeat Love Song. Hope It goes Number One !

BE BACK UP AND RUNNING SOON

Hey y'all! Thanks for sticking around through all of this Covid-19 mess. I haven't been posting regularly on here with everything going on with job uncertainty and my computer crashing. I now have a new computer and the job situation should be sorted out by July 25 so stick around, I'll be getting back to a normal posting schedule!
I appreciate you!
Jenn