IN CASE YOU MISSED IT: CLINT BLACK ON “FOX AND FRIENDS,” “BETTER,” “MARKETS NOW,” “WHAT’S THE BUZZ?” “RED-EYE WITH GREG GUTFELD” AND FOX NEWS RADIO 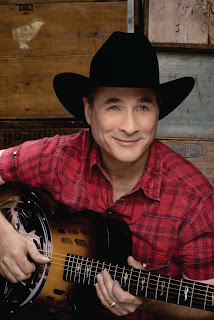 To support the album, Black visited New York City earlier this week to make several media appearances. On Monday, Aug. 12, the singer/songwriter talked with Gretchen Carlson of FOX News’ “Fox and Friends” and gave a rare solo performance of the title track, which was an ACM Award-winning No. 1 duet for Black and his wife Lisa Hartman Black in 1999. To watch the interview and performance, click HERE.

Later that morning, Black taped an appearance on the nationally-syndicated daytime show “Better,” which aired on Friday, Aug. 16. Black chatted with host JD Roberto and guest co-host Tabatha Coffey before performing “When I Said I Do.” To view the performance, click HERE.

Also on Monday, Black guested on “Markets Now” on the FOX Business Network, where he discussed the benefits of releasing his album with Cracker Barrel Old Country Store with host Connell McShane. To watch the interview, click HERE.

That afternoon, Black taped an interview with ABC News Now’s “What’s the Buzz?” about WHEN I SAID I DO producing his wife in the recording studio, his acting career, and more. To view that interview, click HERE.

Black is an acclaimed singer, songwriter, musician, actor and entertainer who has sold more than 20 million albums worldwide. He has earned five ACM Awards, two CMA Awards, one American Music Award, is a member of the Grand Ole Opry® and has a star on the Hollywood Walk of Fame. CMT listed Black’s debut album, KILLIN’ TIME, as one of the 100 Greatest Albums in Country Music.  Visit his website at www.ClintBlack.com, his Facebook page at www.Facebook.com/ClintBlack, and on Twitter @Clint_Black.

Posted by LovinLyrics at 6:30 PM