Sept. 5 Declared "Randy Houser Day" in the State of Mississippi
Houser to Receive Key to City 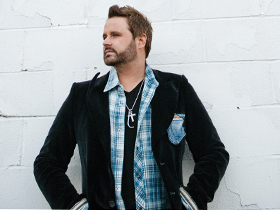 NASHVILLE, Tenn. – Stoney Creek Records recording artist Randy Houser will perform at the Temple Theater in Meridian, Miss. on Sept. 5 at 6:30 p.m. CT at a concert celebrating Meridian's rich music heritage. The evening will honor Houser's successes as well as pay tribute to country music pioneer and Meridian native, Jimmie Rodgers. In celebration of his contribution to the musical landscape, Houser will be presented a key to the city as well as having Sept. 5 officially recognized as "Randy Houser Day" across the state of Mississippi.

The evening will open with performances from several hit songwriters who also have local ties to the community, beginning at 6:30 p.m. CT, followed by Houser taking the stage at 7:30 p.m. Tickets are now on sale at the Temple Theater box office (601) 693-5353, ranging from $20-30. General admission and reserved seats are available.

Houser was born in Lake, Miss. but grew up visiting Meridian, so it's a bittersweet homecoming for the country star. Houser released his third studio album earlier this year, which includes title track and No. 1 hit "How Country Feels" as well as his current mulit-week No. 1 single "Runnin' Outta Moonlight;" both tracks achieved RIAA Gold certification. Houser will be hitting the road this fall with Justin Moore on the Off the Beaten Path Tour.

For more information, visit www.randyhouser.com.
Posted by LovinLyrics at 6:11 PM