NEW MUSIC BY JASON MICHAEL CARROLL, AUSTIN WEBB, ASH BOWERS AND OTHERS ON THE NEW QDR LISTENER ADVISORY BOARD 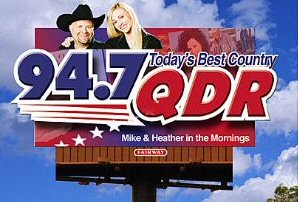 Hey y'all in NC, "Close Enough" by Jason Michael Carroll, "Shake It Off" by Ash Bowers, "Slip on By" by Austin Webb and other great new music is on the WQDR Listener Advisory Board waiting on your feedback. Go sign up and take the new music survey. Be sure to rate the song as "LOVE IT", those are the ones that have the best chance of being added. It's not a guarantee, but then again, what in life is other than death and taxes? If you're not in NC, take the survey anyway, what can it hurt? I know a lot of you are originally from NC and have moved to other states but still listen to QDR on your smart phones and computers, so your voice should still count since you technically are one of their listeners too.


CLICK HERE TO MAKE YOUR VOICE HEARD AND GIVE YOUR FEEDBACK TO WQDR
Posted by LovinLyrics at 4:12 PM