Back-to-Back No. 1 Hits from How Country Feels 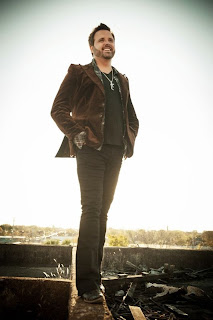 NASHVILLE, Tenn. – Powerhouse male vocalist Randy Houser has cemented his second consecutive No. 1 single at the top of both Billboard and MediaBase charts with latest smash “Runnin’ Outta Moonlight” off his 2013 release, How Country Feels. “Runnin’ Outta Moonlight” was so popular that it spent two weeks at the top of the Billboard Country Singles Chart amassing a record audience of over 47 million (highest impressions of any song in one week since 2005). The single is his second release from the album and is the follow up to first No. 1 with album title track “How Country Feels.” Both tracks are RIAA Gold-certified, signifying more than 500,000 sold units of each hit song.

“I'm so humbled by this support, and I want to thank everyone that helped us get here,” said Houser. “I feel blessed."

“Runnin’ Outta Moonlight” was penned by Dallas Davidson, Ashley Gorley, and Kelly Lovelace and was one of the last songs Houser recorded for How Country Feels.

Houser is touring throughout the summer and fall, including a stop in Austin, Texas alongside Lee Brice, Bob DiPiero and Jerrod Niemann for the CMA Songwriters Series. Houser then hits the road with Justin Moore in November for the Off The Beaten Path Tour.

Houser’s record label, Stoney Creek Records, will release the his next single later this summer, but in the meantime, his vocals are featured on the new Kristy Lee Cook single, “Wherever Love Goes.”