NEW SINGLES GOING OUT FOR RADIO ADDS ... THIS MEANS GET READY TO START REQUESTING 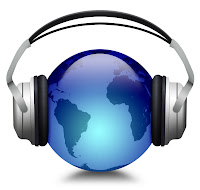 Going out for radio adds doesn't mean a single will be added, that's where you come in. Going out for adds means that stations will be getting the single to review starting on a designated date. Being added depends on the demand and interest. Make your voice count - request on your local stations, tweet and post on social media about the songs, tell people. If radio doesn't hear you, you won't hear these songs.

Hunter Hayes feat. Jason Mraz - Everybody’s Got Somebody But Me

Sara Evans - Slow Me Down
Posted by LovinLyrics at 6:40 PM