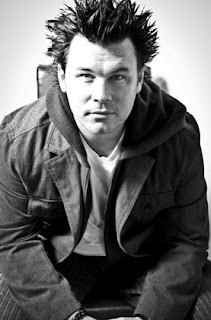 Ground-breaking country DJ/remixer/producer Dee Jay Silver has been touring for over 10 years, performing at premier venues in virtually every major market in the U.S., Mexico and Canada. For the past several years, SILVER has thrilled millions while on tour with Jason Aldean, and continues to as part of the 2013 Night Train tour running through October 2013. Silver keeps the party going before and in between performances by Thomas Rhett, Jake Owen and Aldean. Silver has also been tapped as official DJ for the Tennessee Titans NFL team and will perform live during home games at LP Field in Nashville. See below for full itinerary and visit www.deejaysilver.com for ticket purchase links.

2013 also marked the release of Silver's EP titled COUNTRY CLUB (Sony Music Nashville) which features creative and rhythmic country mash-ups of some of the format's most popular and beloved stars, including Alabama, Dolly Parton, Carrie Underwood, Jake Owen, and Love and Theft. Check out a sample of COUNTRY CLUB here: http://snd.sc/1cDrb9e. Silver’s unique brand of entertainment crosses over to audiences in multiple music genres. COUNTRY CLUB is available now at http://smarturl.it/deejaysilver.

In a recent interview with The Washington Post, Silver further explained the innovative format he helped create and is introducing to the mainstream. “Country isn't some slow music about a lonely guy--it's party music,” he explains. “We're keeping the music, but just giving you a different way to listen to it.” (8/5/13)

Join in on the Dee Jay Silver party in the following cities:

Posted by LovinLyrics at 6:01 PM