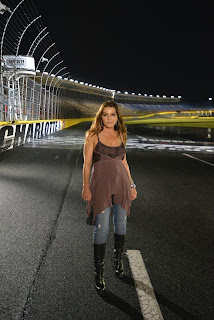 Grammy Award-winning singer/songwriter Gretchen Wilson will be featured in ESPN's telecasts of the 10 races in the Chase for the NASCAR Sprint Cup, which begins with the Sunday, Sept. 15, event at Chicagoland Speedway.

Wilson, who has appeared at numerous NASCAR races and had a connection to racing as a child, will narrate and appear in the opening teases of the telecasts of the 10 races, with each tease tailored to the racetrack hosting that week's event. In addition, her music will be featured through the entire Chase for the NASCAR Sprint Cup on ESPN.

"Just as NASCAR appeals to a great cross-section of American people, the same can be said for Gretchen Wilson's blend of song and attitude that has made her an icon of the music industry for the past decade," said Rich Feinberg, ESPN vice president, motorsports, production. "We look forward to showcasing her music and personality during the Chase for the NASCAR Sprint Cup."

Gretchen ESPN 2 Wilson exploded onto the country music scene in 2004 with her smash hit "Redneck Woman" and has since scored three No. 1 albums. The critically-acclaimed singer/songwriter has won virtually every award for which she's been nominated, including trophies from the Grammys, ACM, CMA, AMA and more. CMT listed her "Redneck Woman" video at No. 11 in their Top 100 videos in 2008. Her first book, the autobiographical Redneck Woman: Stories from My Life, landed her on the prestigious New York Times Best Seller List. 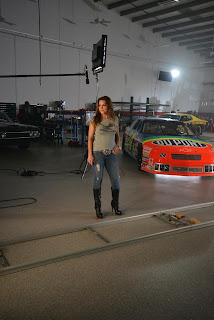 Gretchen formed her own record company, Redneck Records, in 2009, and her "I'd Love To Be Your Last" single from her "I Got Your Country Right Here" CD received two Grammy nominations. She has three album releases this year, including a new country offering entitled "Right On Time" and the 13-song rock covers record "Under the Covers," both in stores now, and a Christmas CD that will be released in the fall.

"I can't tell you how excited I am to be associated with NASCAR and ESPN as we begin the Chase," said Wilson. "Many of the fans who show up at our concerts on Saturday nights are watching the races on Sundays. I'm honored to be a part of this great American tradition and look forward to seeing the fans at some races this fall." - Gretchen ESPN 3

Wilson, who has sung the national anthem at several NASCAR races, became interested in the sport as a child.

"I've been a racing fan ever since my uncle ran dirt tracks outside St. Louis when I was a kid," she said. "He would let me clean the mud out of the wheel wells with a 2x4, and I thought I was part of the pit crew. This has already been an exciting season, and I think it's about to get crazy." 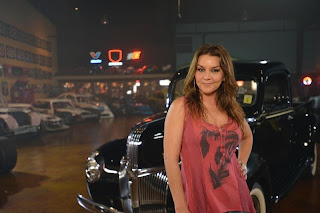 Wilson's musical contributions to ESPN also will be featured online at www.espn.com/music with updates on Twitter at @espnmusic and @ESPNNASCAR. Wilson is on Twitter as @gw27.

Nine of the 10 races in the Chase for the NASCAR Sprint Cup will air on ESPN, with the race on Saturday night, Oct. 12, at Charlotte Motor Speedway airing on ABC. The season ends at Florida's Homestead-Miami Speedway on Sunday, Nov. 17.
Posted by LovinLyrics at 6:08 PM