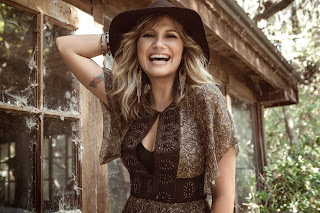 They say it begins with a song. For Jennifer Nettles, it began with a phone call.

Rick Rubin had long been at the top of the singer’s wish list of producers, but it wasn’t until her manager, Gail Gellman, suggested she make the call that Nettles picked up the phone. Best known for her front-and-center work with the duo Sugarland, Nettles had been quietly preparing for three years to cut her own album, writing songs she believed took her to a whole new level of artistry.

“I approached it like I do most everything in my life, with a lot of forethought and a lot of dreaming ahead of time,” she said. “I love what Sugarland has done, but for quite a while, a part of me has not only wanted to prove myself to myself, but also to share with my fans a part of me that just can’t happen in a duo. There are parts of me that are special and intimate that I’d like to share with my fans, but I can’t go there in an ensemble situation with Kristian (Bush). So for personal and artistic reasons, I wanted to do something new and fresh, to shake things up and put a different part of myself out there.”

Rubin possesses a jaw-dropping list of production credits, which include Adele’s Grammy-winning 21 and Johnny Cash’s majestic final American Recording series, not to mention works by Aerosmith, LL Cool J, Metallica, Tom Petty and U2. Still, Nettles didn’t have to camp out on his doorstep to get his attention.

“I love her voice,” Rubin said, recalling their initial communication. “When she sent me some early demos of the songs she was writing, I got even more excited about making music together. It was a fantastic experience. Jennifer is as great a person as she is a singer and songwriter, and I hope people feel the positive energy we all felt in the studio.”

The resulting 14-track album, That Girl, sched­uled to drop Jan. 14 on Mercury Records, show-cases Nettles’ genre-crossing vocal artistry and songwriting strengths. Except for a striking cover of Bob Seger’s “Like a Rock,” each song bears her name as a writer. Her co-writers include people she’d worked with in the past and others she’d phoned on a whim because she felt they’d be right for the project, including Sara Bareilles, Richard Marx, Mike Reid and Butch Walker.

Nettles altered her usual writing process for That Girl, spending hours alone at the piano rather than relying chiefly on guitar, as she’d done previously. “I left myself completely open from the beginning in writing for this project,” she said. “I’m in a different place in my life now. I’m more mature as a woman, and I’ve had my child. I didn’t want to put any constraints on myself. I needed to trust my voice and my songwriting in order to be vulnerable and trust someone else in the studio. Really, what I hope people will say when they listen to this album is, ‘Wow. Wow, that really took me on a journey. And wow, she is a much better singer and songwriter than I would ever have known.’ I hope they see another side of me.”

Besides the album, Nettles has something else to be excited about: her return for the fourth consecutive year as host of “CMA Country Christmas,” airing Dec. 2 on the ABC Television Network. “What I love about working with Jennifer is that she’s exactly in real life who she is on television,” said Robert Deaton, who has served as Executive Producer of the special since its launch in 2010. “She’s like a bright light that never dims. She loves the entertainment side of what we do. We try to pay homage to the old Bing Crosby/Dean Martin variety shows where Jennifer comes onstage and does interviews. That’s a talent in itself, to be able to do an interview in front of thousands of people and yet still be listening to the person you’re interviewing and moving it along.”

Nettles has several favorite moments from her ongoing run. “I absolutely loved Miss Piggy and Vince Gill (singing ‘Baby, It’s Cold Outside’ in 2011),” she recalled. “And I love that last year, we added interviews with the kids. That was super fun for me. I love seeing the evolution from where it’s been to where it is now. To be a part of it is a really big honor. I hope it’s something that keeps happening for years and years.”

For all that she has achieved, for all the CMA and Grammy Awards she’s won, and even for launching her first solo tour in February, Nettles does have one more goal. “How fun would it be to be nominated by CMA for Female Vocalist of the Year? Or to win awards as a solo artist? That would mean the world to me.”