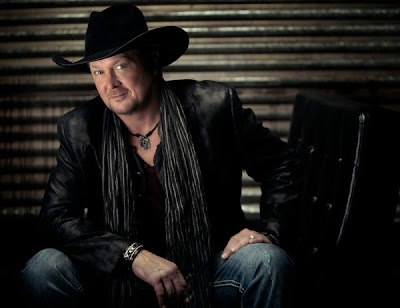 Tracy Lawrence has pretty much seen it all in the course of more than two decades in country music. He’s survived all of the changing trends that have come and gone, and he says the recent spate of back-and-forth comments about the state of country music has taken the focus off what really matters. The iconic singer has maintained a public silence in light of comments made by Tom Petty, Alan Jackson, and most famously Zac Brown about contemporary country radio, but in the run-up to the CMA awards, he spoke exclusively to The Boot to give his thoughts on the pop/country debate that’s been raging both privately in Nashville, and now more publicly.

Lawrence’s most recent album, ‘Headlights, Taillights and Radios,’ saw him take his own music in a new direction, resulting in overwhelmingly strong reviews. The country veteran has learned to take the vagaries of the business with a shrug, and in the following interview he shares his philosophical take on the ever-changing nature of country music.

What are your thoughts on why this debate continues to exist?

You know, I remember when the whole young country movement was happening back in the 90s, and country music was just having such a huge surge in popularity. All the guys in my era — me, and [Mark] Chesnutt, and [Tracy] Byrd, Brooks & Dunn — all this stuff was happening, and it was just exciting and fun. And just about all of the older guys . . . I remember Waylon [Jennings] making some statements, and complaining because they weren’t getting played anymore, and [Merle] Haggard was mad, and all that. And the only one that wasn’t any part of that was [George] Jones. Jones just embraced it, man, and he had ‘I Don’t Need Your Rockin’ Chair,’ and he had all the young acts with him. He embraced it and re-invented himself, and had another huge resurgence.

Things are always going to evolve and change. You might not always like the direction of it, but people’s tastes change. I think that we have to understand that there’s a big picture in all this. We’re becoming a more world format, and we’re getting people on the international stage that are making noise out there. Taylor Swift is touring abroad, and it’s growing so much. You have to look at what that’s doing for the generation coming behind us. We’re one of the most powerful formats on Earth. It’s amazing that what started off as bluegrass, country-based with a little bit of rock, is evolving to what it is now.

Everybody’s got their opinions, and they can nitpick and fight over this stuff, but sometimes you have to take your own self out of the equation and realize that there’s a bigger picture out there.

This is an age-old debate that’s been going on since the Nashville Sound. Some people thought Patsy Cline was too pop. I can remember when I was younger, people were debating if Ronnie Milsap and Kenny Rogers were too pop.

Absolutely. And Alabama! [Laughs.] You remember when they said Alabama weren’t country, that they were too pop? Good lord, Alabama’s really country.

You know, I can’t say I like all of the stuff that’s coming out, but you’ve got to realize that you can complain about some of these artists doing this or that, but there’s always some label in the mix. Sometimes you have to kind of go with the flow — especially when you’re riding that big wave, like what Luke [Bryan]‘s doing.

You might not like that song, all of the words that are said in it, but it’s still a huge record. He’s selling more records than just about anybody out there.


Zac Brown was quoted as saying ‘That’s My Kind of Night’ was “the worst song I’ve ever heard.”

Oh, I wouldn’t go that far. [Laughs.] There’s a lot worse out there. You know, everybody’s entitled to their own opinion, but I think in the bigger scheme of things, there’s a lot more important stuff to be complaining about than a couple of lines in somebody’s song that you don’t like.

There really is a trend in radio toward that kind of stuff, and I can see how maybe someone could get frustrated if they’re not a part of that.

I could sit around and complain about a lot of things. I’m part of the era now that Haggard and Waylon and all those guys were in back when we were having our movement in the 90s. But I’m choosing to take a different path. I want to be thankful for all of the things that I’ve been blessed with, and I’ve had a great run. I have a huge fan base, and I’m still able to work a lot. I don’t know if I’ll ever have another big impact record on commercial radio again, but you know, everybody’s gonna have to face the reality that their day’s gonna come to an end, too.

There’s gonna be another wave of young kids coming on behind these guys in another 15, 20 years, and they’re gonna be in the same spot that me and Ronnie Dunn, Trace Adkins and all these guys are in right now. [Laughs.] So they need to be enjoying the success they’re having right now, instead of complaining about somebody else’s.

You’ve embraced this not only philosophically, but in your music, too; not that you’ve started rapping, but you’ve definitely brought some more contemporary influences into your music.

I did. I have to credit Kenny Rogers for that. When we started making this record, I was going to cut a more traditional-based record, more inside my comfort zone. And my wife and I went to see Kenny Rogers, and I went backstage after the show and we were talking about his career, and he was telling me how many times he’d had to re-invent himself, and how important he felt that was.

I felt like on this project that I had to grow and evolve. And I think I did it, but I think I did it with my own stamp on it. I don’t think it sounds like anything anyone else is doing, and I’m very proud of it. And I will take that conversation with Kenny into the next several records that I do, and challenge myself. Because as an artist in the place that I’m at now, knowing that my heyday as a radio artist may have passed, I still have the ability to make some phenomenal music and leave my mark with my fan base, and cut some things that can transcend my life. And I want to do the very best I can as an artist to make the very best music that I can for those fans that have followed me for twenty-something years.

I want to grow, and I want to be a good ambassador for my music. I love this town, I love seeing the changes. I love the energy of being down on Music Row, I love playing the Opry, and I just love the culture and the history that’s here. And to know that I’m still part of where it’s going is pretty cool.

With this being CMA week, this could be so uncomfortable for some of the artists who have traded digs in the media, if they run into each other at any of these industry events. What’s your take on that — what’s going to happen if these people see each other?

They’ll probably avoid each other. They’ll come through with their entourage, and probably their publicists will keep them separated. They’ll never get a chance to speak, and I don’t think it’s the time or place for that. And if there is any friction with them, I think there needs to be a point where, instead if having this thing hashed out on Twitter or publicly, they need to be men , and go sit down and talk it out. That’s what we’re supposed to do.

I really think the message here is that everybody needs to focus on more important stuff, and be proud for each other’s success. Back in the 90s, I don’t remember us having any little squabbles like this. Everybody was so proud for each other, and the success that we were having. It was just us against the world. We were all so close back then.

Everybody needs to be appreciative of how great this is, because in the big scheme of things, to have a career and make music for the masses — it’s a very, very small percentage of us in the world that get to do it, and you should not take it for granted.

Posted by LovinLyrics at 1:37 PM