VIDEO: BILLY RAY CYRUS GIVES US FAITH THAT "HOPE IS JUST AHEAD" 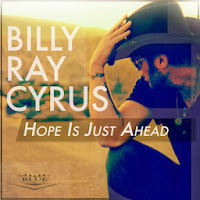 BILLY RAY CYRUS kicked off the holiday season this Sunday, November 17, with the “Season of Sharing, Help for the Philippines” telethon held by KTLA and the American Red Cross to help raise money in support of Typhoon Haiyan. Cyrus first performed his new single, “Hope Is Just Ahead,” live on air; and then assisted in answering phones for the Red Cross, for whom he has been an ambassador since 1993.

Cyrus will also perform “Hope Is Just Ahead” on the upcoming 82nd annual Hollywood Christmas Parade benefitting Toys For Tots on Sunday, December 1. Other featured performers will include Stevie Wonder, The Goo Goo Dolls, LeAnn Rimes, Daughtry, William Shatner, and McClain to name a few. The parade will premiere on the Hallmark Channel, with an encore running on Hallmark Movie Channel and airing twice in syndication on over 350 stations nationwide during the weekend of December 22. Cyrus’ Hallmark original movies – Christmas in Canaan and Christmas Comes Home to Canaan re-aired on Monday, November 18 and will also be shown on Tuesday, November 19; Wednesday, November 27; and Friday, December 6. Check local listings.