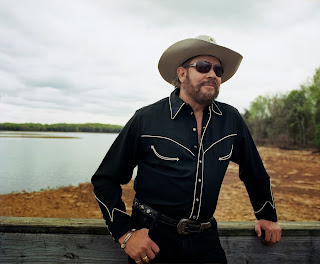 “Merle is one-of-a-kind,” says Hank Williams Jr. “His music resonates with fans just like mine does. Making this song was simple, it maybe took two takes. Then we spent the rest of the time laughing and telling old road stories. Merle and I are for the everyday working man and that’s something we have in common.”

On December 31, 2013, Williams will perform at the fifth annual “Bash on Broadway” in downtown Nashville, Tennessee. Prior to the show he will receive the 2013 Operation Troop Aid “Patriot Award” for his support of those serving in the military, their families, and his continued Patriotic stance.

Posted by LovinLyrics at 1:09 PM