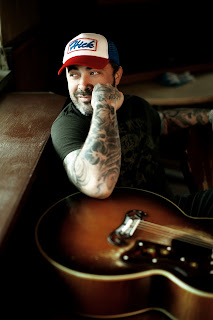 NASHVILLE, Tenn. (December 11, 2013) – Aaron Lewis, whose latest album The Road debuted in late 2012 at #7 on the Billboard Country chart and has sold over 150,000 copies, is relishing in a year of career achievements and highlights. 2013 marked Lewis' debut on the Grand Ole Opry, a headlining Jägermeister Country Tour, cruising the high-seas with Lynyrd Skynyrd, hosting the 3rd annual Aaron Lewis & Friends concert to benefit the It Takes A Community Foundation, and four Sportsman Choice Award nominations for the outdoor lifestyle show "On The Road," which Lewis co-hosts with Rock Bordelon.

"I have not had this much fun in a long time," says Aaron Lewis. "I have met a ton of good folks, performed on the Grand Ole Opry, and then was asked back. Amazing! Been writing while out on the road and getting ready for 2014. Had a good time performing for the fans. What else can I say but, WHAT A YEAR!!"

For the latest information on Lewis, visit www.aaronlewismusic.com.