AUSTIN WEBB RELEASES MUSIC VIDEO FOR "SLIP ON BY" 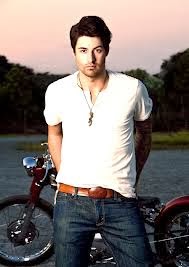 (Nashville, TN – Dec. 11, 2013) - Streamsound recording artist Austin Webb has released a music video for his Top 40 single, “ Slip On By.” Shot and directed by Stephen Shepard in Nashville, Tenn., the music video can now be seen on CMT.com, VH1.com, Zuus Country, and other select music video outlets and streaming websites.

"I'm really proud of this music video,” commented Webb. “Stephen Shepard is an amazing talent and really did an incredible job. The cast and crew were eager, energetic and very easy to work with."

“Slip On By” is a sentimental ballad that stresses the value of time and not living in regret. The harmonious tune plucks on the heartstrings of growing older and emphasizes the importance of not letting time ‘slip on by.’

“The story is real and relatable and Shepard brought the lyrics to life,” Webb added. “The video provides a visual for the story line exactly as I envision it to be.”

The video for “Slip On By” is currently being distributed through AristoVideo to a panel of national, syndicated, closed circuit, Internet and regional outlets.

The single, “Slip On By,” is currently at Country radio and charted Top 40 this week on the Billboard Country Airplay chart. The song marks Webb’s debut Top 40 release.

2013 was a big year for the newcomer. Webb was named by Country Weekly as “ One To Watch in 2013,” and was featured as the “ Who’s New” artist in the Nov. 4 issue of the magazine. The Greenville, S.C. native just recently made his Grand Ole Opry debut and this week, Webb will appear as part of The Country Party on Fremont Street in Las Vegas. Webb’s appearance will follow the Las Vegas Tree Lighting Ceremony on Wednesday (Dec. 12). Webb will also make an appearance on OK! Television. The interview will air on stations across the country.

Posted by LovinLyrics at 4:00 PM