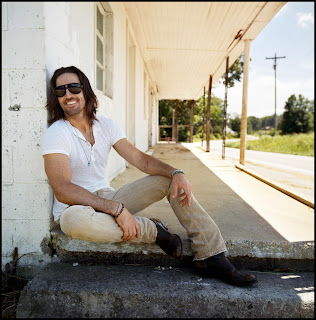 To follow Jake Owen on Twitter is to know him. The Florida native has a reputation for cultivating personal relationships over social media through his active and open presence. Whether it’s sharing new music or the entire track list for his latest album, Days of Gold, as he did in October, or inviting fans to impromptu, real-life meetings, Owen has grown his Twitter account and his brand to an extent that even he can’t believe.

“I never would have thought that I could move to a town with a dream, start fulfilling it as far as getting a record deal and putting out some music, and then eight years later have a million people following me on Twitter,” he said. “People don’t have you on Twitter. If they do, it’s because they want to know what’s going on in your life. It makes me feel good to know that people care enough about what I’m doing.”

Owen has worked hard to develop that relationship. No manager or label staffer runs his Twitter account. Owen handles his own online identity, a freedom that isn’t afforded to him in every aspect of his career. “The beautiful introduction of social media over the last few years has made it so if artists want to take the time to connect with their fans, there’s nothing stopping them,” he said. “There’s no one telling me I can’t. If I want to invite 10 people onto my boat, I can." 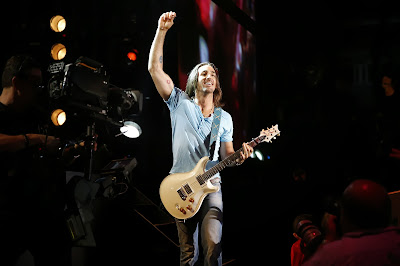 “Jake is one of the best at conversing with his fans through the socials,” said Gary Overton, Chairman/CEO, Sony Music Nashville. “I don’t think the guy sleeps! There has not been an accurate matrix formulated that can measure direct links from socials to sales, but we definitely feel the lift in Jake’s career and public awareness of him through the socials.”

It is not uncommon for Owen to even invite fans out to meet him in person. “The other night, my wife and I were sitting around, drinking beers and watching football in Montana,” he recalled. “I asked people where to go to dinner, and then when I got to where we were going, I was like, ‘Hey, I’m at Old Chicago Pizza, or whatever. Come on down! I’m buying beer if you’re drinking.’ Like, 40 people showed up, people who got in the car and drove across town at 10 o’clock at night to shyly ask for a photo. To me, that’s so fulfilling, to be able to show people that I’m not just some guy on TV or the radio. I’m a real person.”

These meetings with fans are never planned, according to Owen. “It’s just spur-of-the-moment,” he insisted. “I’m usually not doing anything. People are like, ‘I can’t believe you’d invite people to come down and have beers with you on your bus.’ And I’m like, ‘I’m sitting here doing nothing. Who would not want to have a beer in the first place, let alone with someone who is excited to come to the show?”

The new father will often share his personal life too. Whether it’s a photo of his father in the hospital or videos of his daughter, Olive Pearl, who was born November 22, 2012, Owen seems to be an open book.

“I have friends who are artists, who are like, ‘I can’t believe you do the things you do. I can’t believe you don’t want more privacy,’” Owen said. “For me, it’s almost backwards: I think giving people more, they’re content. They don’t have to dig. No one is ever digging into my life to find out anything because I’ve pretty much already told them, or they figure I’ll tell them anyway. I don’t ever want to be the guy who hides behind the shadows, comes out onstage as a mystery and then leaves again.”

Never mind that this “strategy” has served Owen well professionally. In the end, his reasons for reaching out are simpler than that. “I love that feeling of seeing people smile,” he said. “I love to reach down into the crowd, pull a little kid off his dad’s shoulders, walk him back to the drum stand, hand him a drumstick, high-five him and walk him back to his dad. It’s not just about knowing that I made the kid’s night, but knowing that the dad, when he goes home tonight, will be the coolest dad ever. Those are powerful things that I can do with my life and career. I’m not going to waste time in my life not doing the best I can for the people who give me this awesome opportunity.”