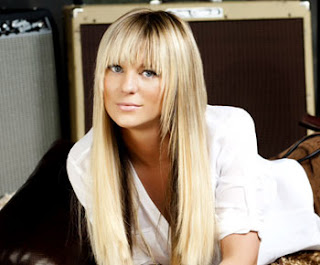 (Nashville, Tenn. – Dec. 03, 2013) - Streamsound recording artist Jaida Dreyer brings her music to the set of the ABC hit television series Nashville, with two songs featured on the upcoming series’ soundtrack, which is set to be released Dec. 10.

The Music of Nashville: Original Soundtrack Season 2, Volume 1 features Dreyer’s “This Town” (performed by Clare Bowen and Charles Esten) and “Tell Me” (performed by Aubrey Peeples). Dreyer, along with co-writer Cory Mayo, are the only songwriters to have two songs on the album.

Dreyer’s “Tell Me,” co-written by Dreyer, Andrew Rollins, Cory Mayo and Jody Stevens, will be featured on Wednesday’s episode of Nashville. It is her third song to be featured in the show, along with “This Town” and “Dreams.” “Dreams,” which was originally featured on episode 208, titled “Hanky Panky Woman,” will return to the show on Dec. 11, 2013. The album featuring all three songs will be available for purchase on iTunes Dec. 10.

Jaida Dreyer’s debut album, I Am Jaida Dreyer, is produced by Grammy award-winning producer Byron Gallimore (Tim McGraw, Faith Hill, Sugarland), and is now available at iTunes and other major digital retailers. The album features a special guest appearance on the track “Boy Who Cried Love” by Sugarland’s Kristian Bush, who co-wrote the song with her. A talented songwriter in her own right, Jaida was involved in writing or co-writing all of the songs on her debut release. Signed to Streamsound Records, Dreyer is focusing her time on writing and recording new music.
For more information on Jaida, and to check out live performances from her radio tour, visit www.JaidaDreyer.com and follow her on Twitter and Facebook.
Posted by LovinLyrics at 3:07 PM