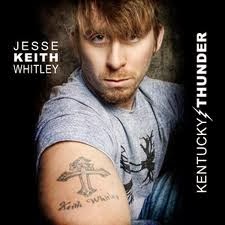 MTS Management Group and Whiskey And Cigarettes Country Radio Show are pleased to announce the airing of DJ Nik Pizzigoni’s interview with country recording artist, Jesse Keith Whitley. Jesse is the son of country stars, Lorrie Morgan and the late, Keith Whitley. Jesse is promoting the Legacy and Legends tour, which features himself, Dion Pride, David Frizzell and Georgette Jones, all paying tribute to their country families. The exclusive interview with Jesse will air this coming Sunday, December 8, 2013 between 11am ET-3pm ET. The live show airs on Military Brotherhood Radio at http://www.militarybrotherhoodradio.com and on WDMU Radio at http://www.wdmuinternetradio.com. Whiskey And Cigarettes is also re-broadcast on 39 syndicating stations, worldwide, multiple times throughout the week.  The interview will also appear on the January edition of the brand new "Whiskey and Conversations" talk show, broadcasting on iheartradio and other outlets.

As a third generation singer/songwriter, Jesse Keith Whitley has many years of country music in his DNA. Son of Lorrie Morgan and the late Keith Whitley and grandson of Grand Ole Opry legend George Morgan, Jesse has an incredible talent for singing and song writing. He has toured with his mother, Lorrie Morgan and has played popular venues in the Nashville area, and all across the country. His performances have been to packed houses, with audiences on their feet screaming for more when his set is finished. At age 23, Jesse is launching a new phase of his career by signing with Octabrook Entertainment for management and touring. For more information, visit www.jessekeithwhitley.com.

Whiskey And Cigarettes Radio Show is a weekly show, originating in Milan, Italy, hosted by the “Romeo of the Rodeo” Nik Pizzigoni. The show features a unique blend of classic, current and indie country, trivia, contests, artist spotlights and interviews and Nik’s European charm. www.whiskeyandcigarettesshow.com.