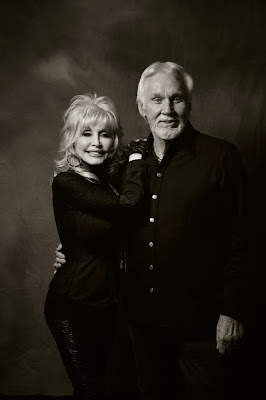 Kenny Rogers, the newest member of the Country Music Hall of Fame, and recent recipient of the Willie Nelson Lifetime Achievement Award at this year’s CMA Awards had this to say about the nomination: “I'm excited and very flattered about this opportunity and am convinced I should work with Dolly more often if we're getting these kinds of results,” remarked Rogers.

“You Can't Make Old Friends” and the 30-year friendship between the two Grammy Award winners is showcased in Kenny & Dolly: An Intimate Conversation, which premieres tonight (Monday, December 9) at 9:00 p.m./ET on Great American Country. In a relaxed setting, the two stars chat about memories they’ve shared over the years and the chemistry they share that has led to one of the most enduring partnerships in popular music.
Posted by LovinLyrics at 8:45 PM