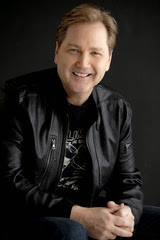 NASHVILLE – – Country music legend Steve Wariner traveled to New York City to speak with students yesterday at New York University’s (NYU) Clive Davis Institute of Recorded Music about the art of songwriting. During the presentation, Wariner spoke about the genesis of ideas for songs, performed a couple of his classic hits, and participated in Q&A with the students who were eager to soak up wisdom from a songwriting master. He was invited to speak by NYU adjunct professor Mike Errico, who met Wariner after a performance in New York City earlier this year.

“I was really honored to be asked to speak with Mike’s students about songwriting, which is one of my favorite things to do,” said Wariner. “The students were so attentive and had such great questions. I think I gained as much insight from them as they hopefully received from me. I had a blast and would love to do it again. The fact that the Institute of Recorded Music is named after my old friend Clive Davis made it even more special.”

While in New York City, Wariner taped an appearance on the nationally-syndicated television series “The Better Show,” which will air this Friday, Dec. 6. Check your local listings or visit www.better.tv for a list of stations and showtimes. During the taping of “The Better Show,” Wariner performed “Arrows at Airplanes,” a song from his recently released album It Ain’t All Bad. In a recent review of the album, Parcbench.com wrote, “…if you are a longtime lover of quality country music and musicianship, consider this an early Christmas gift from Nashville. I doubt there will be another new album released before the holidays that will satisfy true country music lovers as much as It Ain’t All Bad.”

Just in time for the holidays, Wariner's classic instrumental album Guitar Christmas is available nationwide at all Bass Pro Shops in addition to all traditional and online music stores.

Wariner has won four GRAMMY Awards, four CMA Awards, and 1 ACM Award. The Grand Ole Opry member has had 14 No. 1 hits, more than 30 Top Ten hits, and 15 BMI Million-Air Awards for writing songs that have been played more than one million times on radio. He has been inducted into the Music City Walk of Fame, the National Thumbpickers Hall of Fame, and Kentucky Music Hall of Fame. In addition to writing many of his own hits, Wariner has written songs that were recorded by Clint Black (including the No. 1 hit “Nothin’ But the Taillights” and Top 5 hit “Been There”), Garth Brooks (the No. 1 hit “Longneck Bottle”), Doyle Lawson & Quicksilver, the Del McCoury Band, Peter Tork, Keith Urban (the No. 1 hit “Where the Blacktop Ends”), Bryan White (the Top 20 “One Small Miracle”), and Don Williams, among others.

For more information and free video guitar lessons, visit www.SteveWariner.com. Tour dates for 2014 will be announced soon. Follow him on Facebook at www.Facebook.com/pages/Steve-Wariner, on Twitter @SteveWariner, and on YouTube at youtube.com/stevewarinerofficial. Check out lyric videos to all the songs on It Ain’t All Bad at www.vevo.com/artist/steve-wariner
Posted by LovinLyrics at 2:03 PM