Look out for these artists in 2014, they're gonna come at you like baby spider monkeys jacked up on Mountain Dew! This looks to be the year that the songwriters step into the spotlight with their own music. I really hope country radio pulls it's head out of it's ass so their ears are clear to listen to what these artists have to offer their listeners. 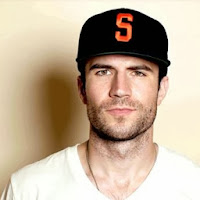 He may be known for his skills on the football field as a former quarterback for UAB and a free agent with the Kansas City Chiefs and also for his songwriting skills, having written Kenny Chesney's #1 single "Come Over" as well as the upcoming singles "Cop Car" from Keith Urban and "We Are Tonight" from Billy Currington, but Sam Hunt proved in 2013 that he's got the chops to step out from behind the pen and step up to the mic with his own hit single, "Raised On It", which got rave reviews from Sirius XM The Highway listeners and smaller market mainstream and locally owned stations. His live shows are fantastic and you can pretty much count on a sell out crowd. He's ready to score his first touchdown as a country artist in 2014. 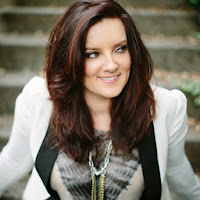 As a songwriter, Brandy Clark's songs have been recorded by the likes of Miranda Lambert, The Band Perry, Reba McEntire, LeAnn Rimes, Billy Currington, Darius Rucker and Kacey Musgraves. Her style is simplistic, getting right to the heart of her own observation of human nature. They're dark yet retain a sense of humor about the reality of the topic at hand. As an artist, she's even better. She can tell the stories themselves better than anyone else, putting her own personality and spin into the storytelling. Her single, "Stripes", was a hit on Sirius XM's "The Highway" and mainstream stations that actually realize there's great music outside the Top 20 and aren't afraid to listen to their fans and play it.

She's got country twang, almost reminiscent of a new Loretta Lynn. I think Brandy is what country's been missing, a strong female presence who keeps it real and puts herself out there as who she is and her music is a reflection of that person. Her cd "12 Stories" is one of the best cd's released this year. She will be making a huge impact in 2014.

"Her debut album 12 Stories, which is available now, Brandy delivers a stunning tour-de-force worthy of mention alongside the very best albums of the year." -  Darryl Addison, Great American Country

"12 Stories is one of those rare albums whose every song is worth hearing — every one is that striking, that textured and finely detailed. It is my fervent hope that Clark, who's helped other women achieve hit singles — Miranda Lambert, The Band Perry and Kasey Musgraves, to name a few — will have her own hits from among these smoothly crafted, emotionally rough compositions." - - Ken Tucker, NPR.Org

Chris Stapleton is another songwriter who had a great career with hits like Kenny Chesney's "Never Wanted Nothing More", George Strait's “Love's Gonna Make It Alright” and "Come Back Song" from Darius Rucker. Over 150 of his songs have made the cut on albums by artists including Adele, Tim McGraw, Brad Paisley and Dierks Bentley. While his songwriting is outstanding, it's his voice that will stop you in your tracks. With powerful vocals, a wide range and solid ability, Chris can belt out a song and make you listen. His first solo effort, "What Are You Listening To" has garnered top shelf reviews from industry folk ...

"The timing couldn’t be better for a song like this, but really there’s no wrong time for a track that mixes tear-jerking lyrics and genuine vocals. It’s a veteran performance from a man who is only a country newcomer in the eyes of radio." -

"Every once in a while you run into a singer here in Nashville who just blows you away, an artist who can create sound in an effortless manner and transport your soul out of this world ... That someone proved to be Chris Stapleton." -  Lisa Konicki, Country Weekly 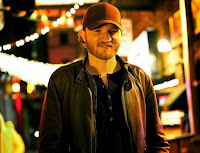 Other than his songwriting, I never really understood the draw of Eric Paslay until I saw him perform live and that was the moment I completely got it. Eric, who's written such hits as "Barefoot Blue Jean Night", Eli Young Band's "Even If It Breaks Your Heart" and Love and Theft's single "Angel Eyes", can stand on his own as a performer just fine. His breakout single, "Never Really Wanted" peaked at #48, his follow up single, "If The Fish Don't Bite" peaked at #58 but it was his recent hit, "Friday Night" that really resonated with country radio, peaking at #8 on the Country Airplay charts.

His performance style is simple and understated and that's what makes him so great to watch. He doesn't have to rely on stage antics, videos playing in the background, all the flashing lights or things that actually distract from the music itself. You can see the love of what he does best when it's just he and his guitar. He keeps the same energy level you hear in the radio version of his music and that energy transfers to those in the audience.

His debut cd is due in February and I think he's gonna have a top seller on his hands.

"His genius is not overthinking simple ideas that fans will enjoy for their simplicity." -  Billy Dukes, Taste of Country

"With this single and music video for “Friday Night,” Eric Paslay proves that he is one of the most underrated singers and songwriters in country music." - - Markos Papadatos - Digital Journal 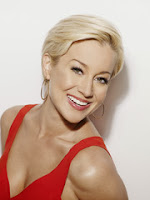 Kellie's been a household name ever since she was on American Idol. She's had a few songs here and there but none that really showcased just how good of an artist she really is. She's so much more than a bubbly personality or that cute blonde girl from NC. She's an artist to be reckoned with and her last cd, "100 Proof" proved that. Her new cd, "The Woman I Am" proves it even more. This cd is a combination of the two cds. I would have called it "100% Kellie" because it is exactly that, 100% the woman she is.

What I love about Kellie is that she's not really out to impress anyone, she just sings and has so much fun doing it. She's as country as they come and as complicated as you probably don't see. She breaks out both in her music and the combination is perfectly Kellie. I hope she makes her mark this year because she's more than proven herself.


"One of biggest injustices of Country Music the past couple of years was the fact that 100 Proof did not make Kellie Pickler a household name with Country Music fans."

"Kellie Pickler shows that in addition to being one of country music's most dominant personalities - she's also one of it's most effective singers. Hopefully, this album will show that to the masses!"

- Both quotes by Chuck Dauphin, Music News Nashville and Billboard

Steve Holy has something that's hard to find in country music, the ability to actually infuse his personality into each song he sings. If you've ever met Steve, you know he's one of the most humble, kindest and funniest people you'll ever meet and his music reflects each of those aspects of his character. He loves to tell a story, whether it be through a ballad like his #1 song "Good Morning Beautiful", his #1 hit, the tongue in cheek "Brand New Girlfriend", or any other song he sings. The story never fails to come through and people love that about him.

He's got the classic voice, the classic good looks, the great back story about growing up the youngest of 8 siblings in Texas and he's maintained his personal goal of always remaining true to himself, his music and approachable to his fans. He always makes time for those who come to his shows, often shaking hands, taking pictures and signing right up until he is pushed on stage. He's a people person and loves to include audience participation in his shows.

For some reason, whether it be problems with his label or poor promotions, the ball seems to always be dropped when it comes to his music. He released "Radio Up" this year, an outstanding song, one that could have put him right back up at the top of the charts and showcases his strongest and best vocals to date. "Radio Up" gained great reviews both from fans and industry personnel alike, but for some reason the ball was dropped yet again and another great artist and song fell through the cracks in 2013.

With some other projects in the works, I think we'll be seeing Steve Holy at his best in 2014, coming back strong and proving that he deserves air play and that fans want it.


"What a great song by Steve Holy. It has the musicality that made Steve who he is today with a great vibe that makes it "relevant" in today's #Countrymusic world. The lyrics tell that story that Steve is so good at telling. I liked the song on the first spin, felt fresh yet familiar. Makes me very excited for the rest of his new music!" - - Nickie Techmanski, Country Watch

"OK, You know we in the industry love a song that mentions radio in it. But, this is actually one of Steve Holy’s best vocal performances yet. His voices soars into an Orbison-esque stratosphere as the chorus bounces along. A definite hit." - CDXCD.Com