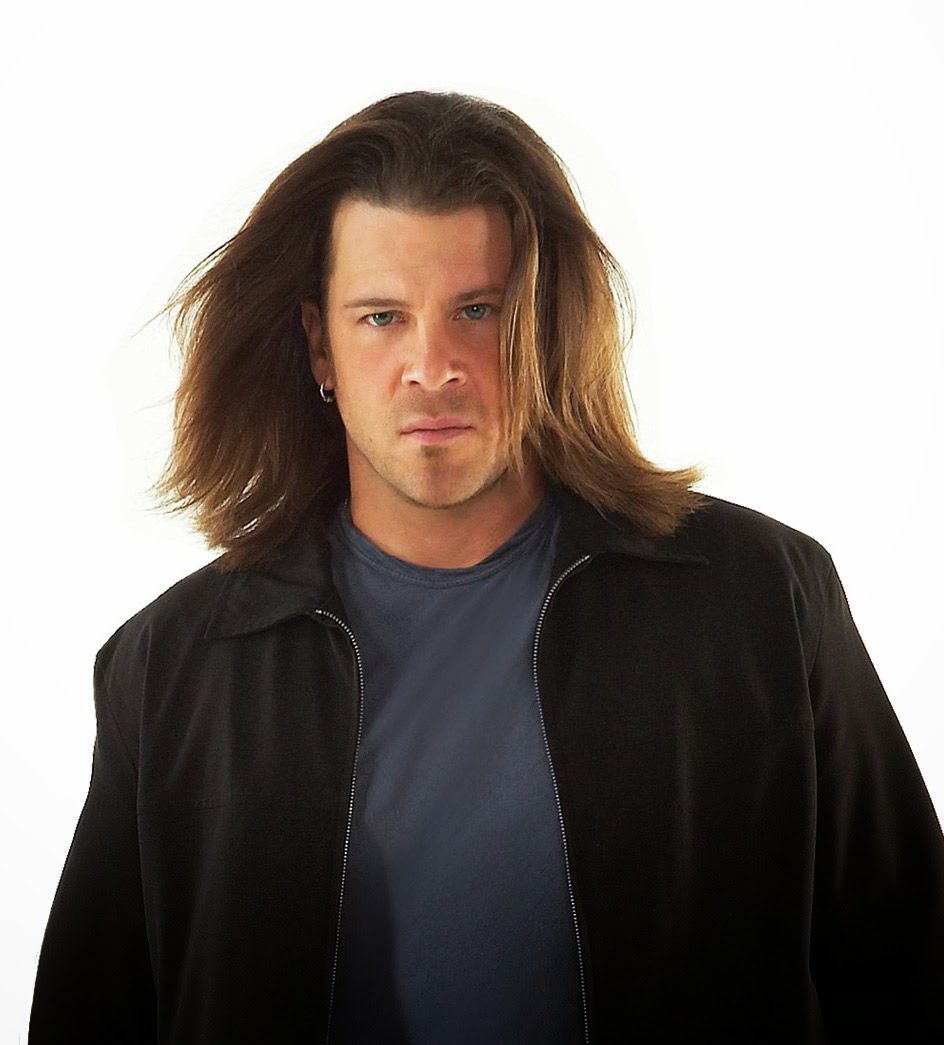 You may know Christian Kane from such popular shows such as "Angel" and his most recent starring role as "Eliot Spencer" on TNT's "Leverage", his supporting roles in movies such as "Just Married", "Summer Catch" and many others but there's much more to Kane that meets the eye. He's not only an actor, but a great artist both behind the mic and behind the stove.

In December 2010, Christian released a hit cd called "The House Rules" which is currently being re-released under the name "Welcome to My House", he has a new movie coming out called "50 to 1" and has been mentioned by fans to play the part of "James Dalton" in the remake of the Patrick Swayze classic movie, "Roadhouse". He's also a fantastic cook! Check out his recipe for "Rattlesnake Steak" and "Bites". They'll bite hard and leave a mark, much like Christian's music. 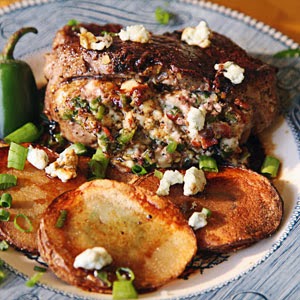 1. Thinly slice the thickest part of the potato and slice the jalapeno equally as thin.
2. Lay one thin jalapeno slice on top of potato slice and cover with another potato slice
3. Drop into a Fry Daddy or pot of oil and fry until brown. When done, remove and salt and pepper to taste.

1. In a cast iron skillet or pan, start by frying bacon on medium heat.

2. Roughly chop green onions, leaving 4 inches of the green part for later use, and chop jalapenos

3. When bacon is done, remove from pan and pat with paper towel to remove extra fat. Roughly crumble or chop bacon into bits, adding back to the original grease in the still hot pan, add onions and jalapenos.

4. Stir for no longer than 1 minute. Remove the bacon mixture, leaving the grease in the pan and pat dry with a paper towel.

5. Thoroughly combine bacon mixture with blue cheese, add a pinch of garlic salt and sprinkle generously with pepper; set aside.

6. Slide a pocket on the side of each steak.

7. Stuff as much of the blue cheese mixture as you can into each pocket, you will lose some some melting

8. Salt and pepper both sides of the filets

9. Set filets on the grill at high heat. Handle with tongs so you don't lose any stuffing. Cook to temperature, turning same side 40 degrees to get the "diamondback" effect.

10. When satisfied, bring filets back to the bacon pan and place in the oven until stuffing gets bubbly. Remove and let sit a couple of minutes so juices don't escape.

11. Add soy sauce, vinegar, and Worcestershire sauce to the hot pan and render until thick. Remove from heat.

12. Chop remaining green onions. Place filets on a plate, add the "bites" to the side.

13. Drizzle reduction sauce over the steaks and sprinkle green onions and blue cheese crumbles over the plate.

You can find out more about Christian Kane online at:

You can purchase his music on his official site and purchase his movies and tv shows on iTunes or view them on Netflix.
Posted by LovinLyrics at 4:06 PM

Awesome - thank you for sharing this recipe and the info on some of #ChristianKane's upcoming projects; 2014 is going to be a great year!

WOW.. great thanks so much for sharing #ChristianKane's Rattlesnake Steak recipe.. this looks awesome.