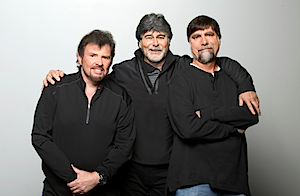 After signing with RCA in 1980, Alabama soared to the top with 21 consecutive Number 1 hit singles, a feat most likely never to be equaled in any genre. During their career, they have had 43 singles that have topped the country charts and have sold more than 73 million albums worldwide. They are one of the most celebrated groups, scoring more than 150 major industry awards including two GRAMMY Awards, the Minnie Pearl Humanitarian Award, Entertainer of the Year Awards three times from the CMA and five times from the ACM, as well as ACM Artist of the Decade. They have earned 21 Gold, Platinum, and Multi-Platinum albums and were named the RIAA Country Group of the Century.

Band members Randy Owen, Jeff Cook, and Teddy Gentry stated: “We have known Tony Conway for 30 years, and his reputation and major accomplishments in the music industry made this a natural fit. We want to continue our journey, and we feel Tony can help us accomplish that.”

“I have had the pleasure of knowing the members of Alabama for many years, and I am extremely proud they have chosen us to help further their endeavors and work with them on future projects. New music, selected tour dates, a film documentary, and a book are in the plans. Alabama has created an incredible legacy through both music and philanthropy. We are honored to be part of their team,” said Conway.

For more information on the band, please visit thealabamaband.com.

Posted by LovinLyrics at 6:40 PM