DAY-BY-SCHEDULES REVEALED FOR NEXT WEEKEND’S 30A SONGWRITERS FESTIVAL 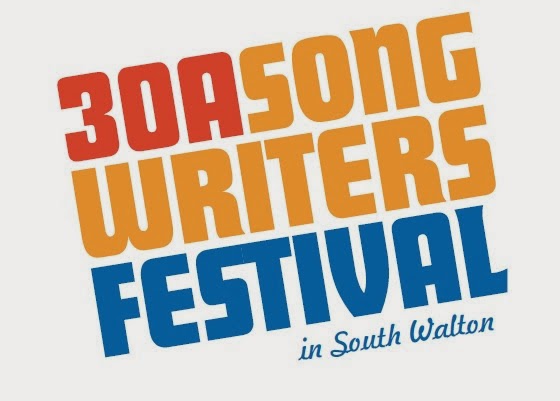 The day-by-day schedules for next weekend’s (January 17, 18 and 19) 30A SONGWRITERS FESTIVAL featuring more than 150 songwriters and over 200 performances at more than 20 venues along northwest Florida’s scenic Highway 30A and the resort neighborhoods of South Walton can now be revealed. The 5th annual musical celebration--which highlights songwriting from a variety of musical styles ranging from folk and country to rock and blues--will launch Friday, January 17 at 4:00 PM with the official Kick off Party at Pandora's and will come to an end with the traditional “Purple/Rain” party and last performance on Sunday, January 19 at 11:00 PM, also at Pandora's.

Featured highlights of the festival include two full days of headlining concerts at the outdoor amphitheater at Gulf Place, VIP gourmet dinners with wine and music at WaterSound Beach Club (with Chef Joe Truex from Watershed and musician Kristian Bush) and Grayton Bar & Grill (with Chef Steven Satterfield from Miller Union and singer songwriter Shawn Mullins), the “Hair of the Dog” music-in-the-round brunch on Saturday at Bud & Alley’s, a gospel brunch on Sunday at Caliza in Alys Beach, a full schedule of in-store appearances and CD signings at Central Square Records, three days of rock bands on the Vue patio and Pandora’s main stage and of course over 200 singer songwriter performances of original self penned songs featuring every genre of music in all of our partner venues.

Festival weekend passes are now available for $190 and can be purchased at www.30asongwritersfestival.com, and locally in South Walton at the Cultural Arts Alliance office and at Central Square Records in Seaside.

100% of the net proceeds from the 30A SONGWRITERS FESTIVAL benefit the CAA and help it to fulfill its mission to support the arts throughout Walton County. Members of the CAA receive an additional 10% off weekend passes and admission to an exclusive performance on Wednesday, January 15, at Fish Out of Water featuring Kim Richey, Charlie Mars, Teddy Thompson and Jonathan Edwards. Call (850) 622-5970 to become a member and take advantage of the discount.