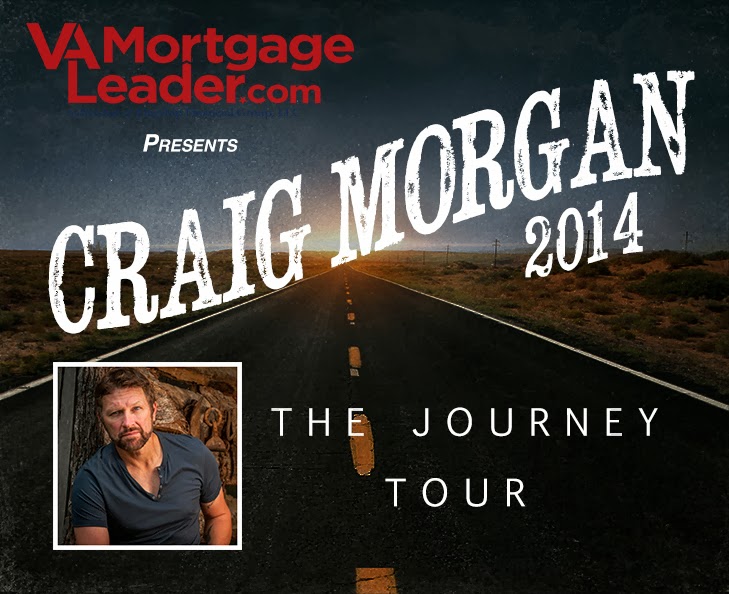 Joining Morgan for select dates on the tour is special guest Chad Warrix, who will open the shows. Warrix may best be known as one of the founding members of the duo Halfway to Hazard, who enjoyed success with their top 40 single “Daisy.” Chad’s most recent radio single, “Rain on the Roof,” from his solo project, graced the charts in 2012. It was featured on SIRIUS XM’s The Highway, CMT Pure, CMT.com, TCN (The Country Network), GAC (Great American Country) and country radio stations across the U.S.. Additionally, one of Warrix’s songs, “Die By My Own Hand,” was recently released on Tim McGraw’s Emotional Traffic album.

Morgan has earned high praise for his standout stage presence and hit-packed set. Fans can expect to hear favorites including “Bonfire,” “Almost Home,” “Redneck Yacht Club,” “That’s What I Love About Sunday,” “International Harvester” and "This Ole Boy” plus his latest single, “Wake Up Lovin’ You,” from his latest album The Journey (Livin’ Hits).

Additional dates and markets will be announced in the coming weeks

The VA Mortgage Leader Presents Craig Morgan The Journey 2014 Tour will kick-off an incredible year for the hitmaker. Morgan’s latest single from his new album, The Journey (Livin’ Hits), “Wake Up Lovin’ You,” is Top 30 and climbing at country radio. Later this year, Morgan will continue his adventures in the great outdoors when he launches the fifth season of his award-winning TV show, Craig Morgan: All Access Outdoors on Outdoor Channel.

Posted by LovinLyrics at 9:35 PM