This Sunday, January 19, 2014, the Whiskey and Cigarettes Country Radio Show will debut their pre-recorded interview with Platinum-selling Number One Billboard Country artist, Sammy Kershaw. The show is re-broadcast on 40+ stations worldwide. 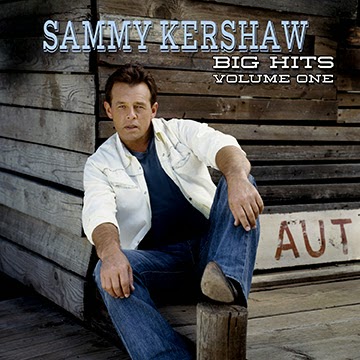 The exclusive interview with Sammy Kershaw will air this coming Sunday, January 19, 2014 between 11am ET-3pm ET. The live show airs on Military Brotherhood Radio at http://www.militarybrotherhoodradio.com and on WDMU Radio at http://www.wdmuinternetradio.com. Whiskey And Cigarettes is also re-broadcast on 40 syndicating stations, worldwide, multiple times throughout the week. The interview will also appear on the February edition of the brand new "Whiskey and Conversations" talk show, broadcasting on iheartradio and other outlets.

Sammy Kershaw is a Grammy-nominated country music artist. He has released ten studio albums, with three RIAA platinum certifications and two gold certifications among them. More than twenty-five singles have entered Top 40 on the Billboard Hot Country Songs charts, including the number one hit "She Don't Know She's Beautiful" and ten more Top Ten hits.

Posted by LovinLyrics at 4:42 PM