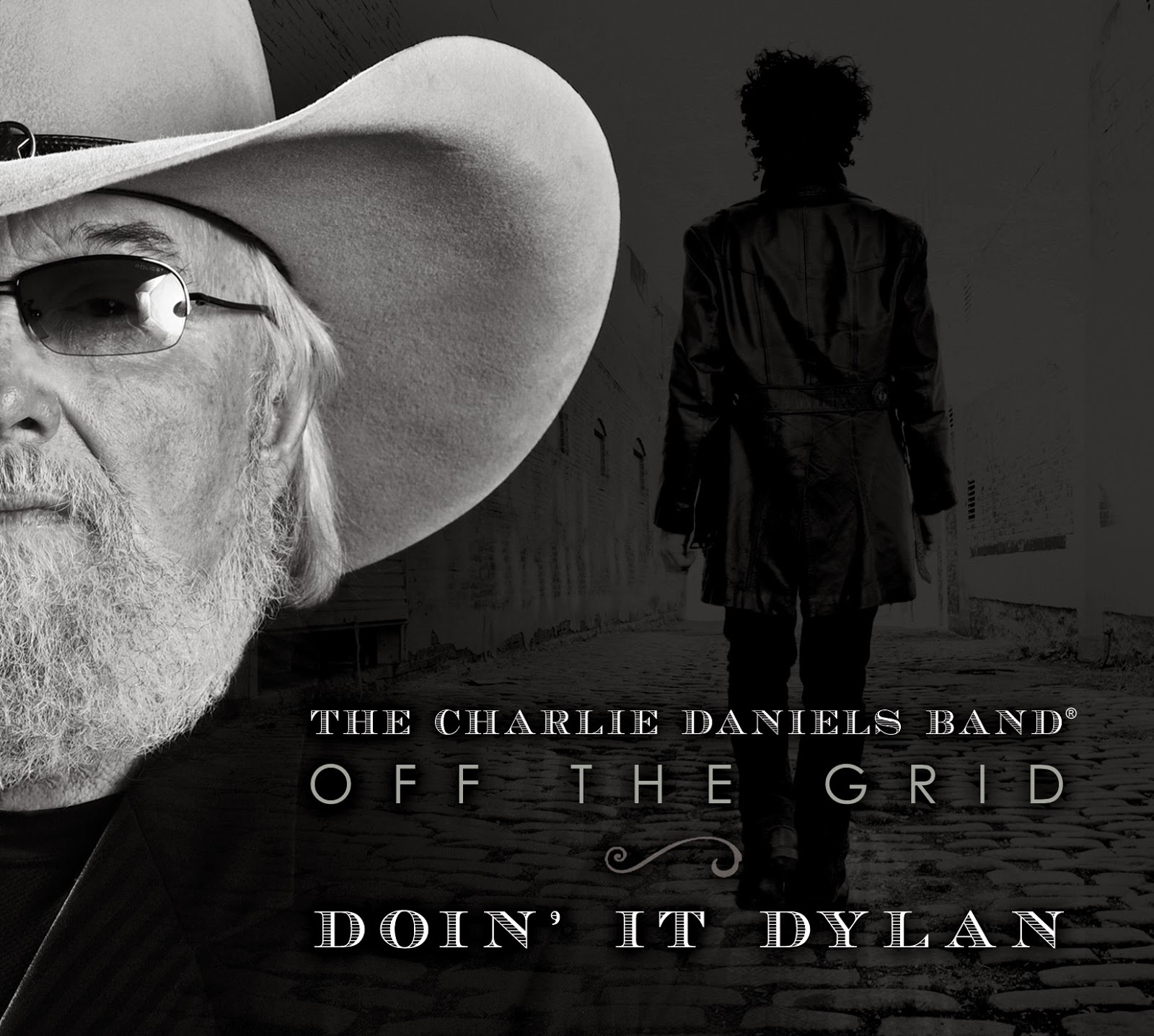 Mt. Juliet, TN (February 5, 2014) – Humbling to think that even the greatest musical legends have their own personal icons – as proven with the much anticipated new release by Charlie Daniels and The CDB — Off The Grid—Doin’ It Dylan. Produced by Charlie Daniels and Casey Wood, (compilation producer David Corlew) the new project is set to street April 1, 2014.

Little could Charlie Daniels have imagined in the late ‘60’s as a young studio musician answering a call from producer Bob Johnston to add his creativity on guitar to three of Dylan’s Nashville produced projects (Nashville Skyline, Self Portrait, and New Morning,) that he was on the first steps of the journey to his own destination as a musical icon.

His first new album project release since 2007, Off The Grid is Dylan the Daniels way and the result is sheer musical genius.

“It was about 50 years ago when I first became aware of Bob Dylan—and no, I was not naïve enough to think I could swim in the same stream, try to emulate what he had done, or cop his licks. Nobody could do that,” notes Daniels. “My ambitions were to provoke some thought, to color the imagery of my songs, to think outside the box of conformity—in other words to be myself.” 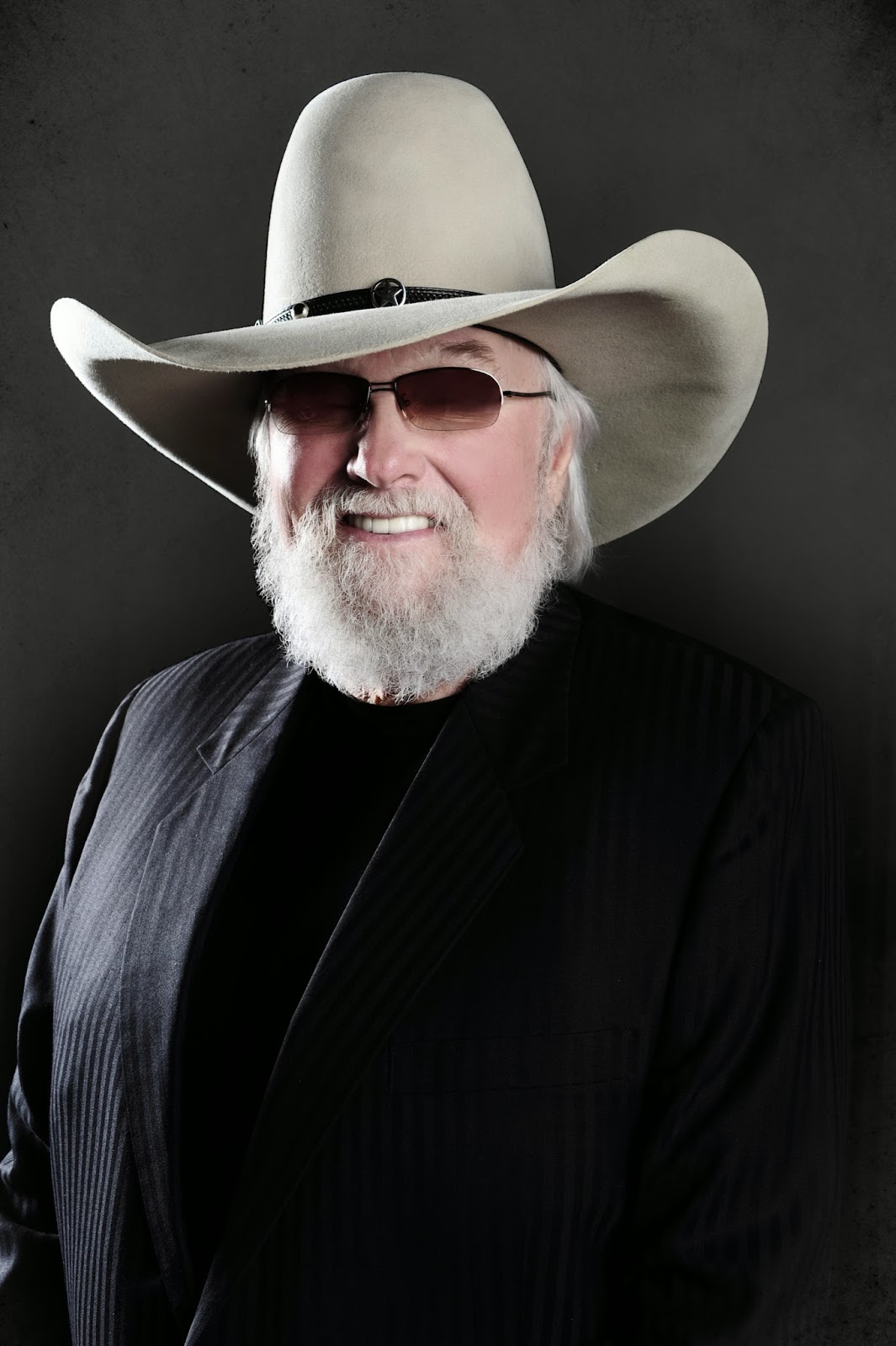 Charlie feels the Dylan sessions not only did a lot for his confidence, but helped legitimize him in Nashville circles and beyond as a serious musician. He amply repays the debt of gratitude on this new project.

Tangled Up In Blue
Times They Are a Changin’
I’ll Be Your Baby Tonight
Gotta Serve Somebody
I Shall Be Released
Country Pie
Mr. Tambourine Man
Hard Rains A Gonna Fall
Just Like A Woman
Quinn The Eskimo (The Mighty Quinn)

“Whatever it was Bob Dylan meant by his lyrics, they grabbed the attention of the world and changed the face of music forever,” notes Charlie. “He inspired musicians to knock down the restrictive, bubble gum, three minute a side, Tin Pan Alley world that set the parameters of popular music and turn their creative minds loose in a thousand new directions.”

Charlie Daniels has managed to do just that. During his 50 plus years of creating his own new definitions of music, he has scored hits on rock, country, pop and Christian charts. Skilled on guitar, fiddle, and mandolin, his contributions to country and southern rock are legendary on the path of platinum that’s carried him to virtually every music industry award and accolade presented across multi-genres.

Off The Grid is yet another example of the seemingly endless reservoirs of musical creativity that the now 77 year young Daniels can effortlessly draw upon. The “playing the legend forward” beauty and respect in his tribute to Dylan doesn’t go unnoticed in the tracks.

For the future? “Bob Dylan basically defies description and trying to figure out what he may do next is tantamount to trying to guess which number a roulette ball is going to land on. After 50 years he remains the unrivaled free thinker with the talent and the nerve to follow his musical star wherever it takes him,” notes Daniels.

A note to which a world of listeners of Off The Grid can easily echo, “Back at you Charlie.”

Off The Grid will be released on Blue Hat Records in association with MRI and distributed by RED.

Posted by LovinLyrics at 7:24 PM