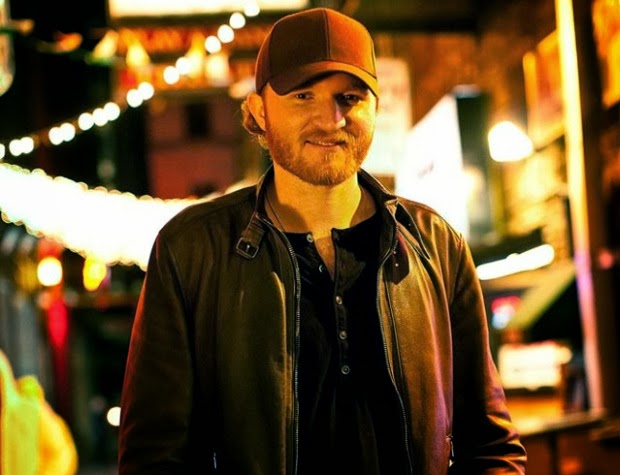 Eric Paslay’s story is familiar, from his upbringing in Waco and Temple through his gigs on the Lone Star circuit and inevitable move to Nashville.

Eventually hired by Cal IV Publishing, the tall Texas redhead penned several hits. He won CMA’s coveted Triple Play Award for writing or co-writing three songs that hit No. 1 in 2012: “Angel Eyes,” “Even If It Breaks Your Heart” and “Barefoot Blue Jean Night,” which also was honored as ASCAP’s Country Song of the Year. Impressive, but not unique … yet.

The epiphany comes with his self-titled inaugural album, released Feb. 4 on EMI Records Nashville. Produced by Marshall Altman and Daniel Hill/Billy Lynn, its 11 tracks reflect the strength of this young artist’s work. Compositionally, he cultivates simplicity. Many of his verses cycle just three or even two chords. “Country Side of Heaven” (Paslay, Dylan Altman and Shane McAnally) hangs entirely on the I and V. But on that track, Paslay’s organic dynamics, his inspiring vocals and especially his ability to conjure compelling images enrich both his sound and his story.

Though all his songs are beautifully crafted, one may qualify as a masterpiece. Caressed by a sensitive arrangement, Paslay’s aching vocal and evocative lyrics on “She Don’t Love You” (Paslay and Jennifer Wayne) build on the title (“… she’s just lonely”) to cast a spell that doesn’t resolve until literally the last word. This is supreme writing and execution, by any measure.

For more on Eric, visit www.CMACloseUp.com.

“I’ve had the wild fortune of singing with some awesome icons so far (Sheryl Crow, Amy Grant). I’d love to sing with Dolly, Emmylou and Bono … the list could keep growing!”

ALBUMS IN YOUR PLAYLIST

SONG YOU WISH YOU’D WRITTEN
“‘What a Wonderful World.’”

“Christmas with my whole family as a child.”

FAVORITE FOOD ON THE ROAD
“Catering, because it’s free!”