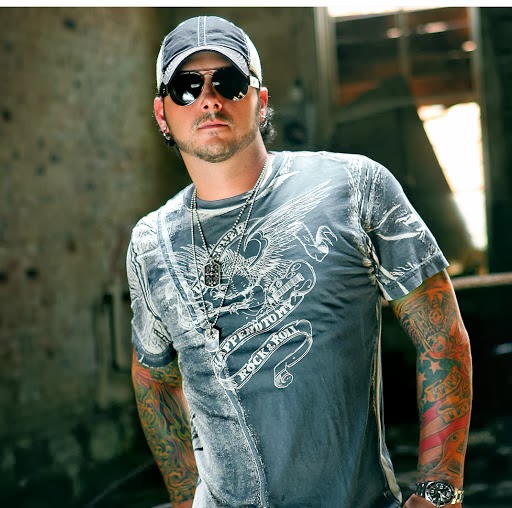 Last week, I got 'THE CALL', if you'll pardon the pun, from Matt Kennon. When I spoke to Matt, with all that's been on his plate, Kennon confessed that he hasn't had as much time to communicate 'socially' with his fans lately and it had been really bothering him. So, he made a point of setting aside a couple of days to catch up with them while he was off the road.

Finding the time to network socially may be less of a challenge for Taylor Swift because she has a BIG MACHINE behind her, which affords her the time but, when you're an independent country artist, a family man with 3 daughters (2, 8 and 10), your own manager, your own agent, your own publicist, and in the past 18 months, you've performed at over 75 middle and high schools, and 40+ other venues ... you've taken enough trips to Nashville from St. Louis, in the past 3 years, to record 3 albums and 3 EPs and somewhere in there, you found the time to write and listen to enough songs to record those 6 projects (56 songs), for iTunes and over 300 digital outlets online ... believe me, finding even a couple of days is a miracle. And this 'couple of days' turned out to be, just that.

Kennon already has his first record deal under his belt and nobody knows better the difference that having the support of a label makes. When Matt was on James Stroud's label Stroudavarious, he learned a ton about the business behind the music and he knows that's a big part of the reason for his independent success.

So last week, Kennon got on Facebook and Twitter and started talking to his fans and he posted what he felt would be, some inspiring messages and BAM ...Within a matter of days, Kennon's Facebook post reach soared from 30,000 to 13.8 million, and his 'fans engaged' jumped from 5,000 to 3.5 million. In the same period, his Twitter followers went from 9,000 to 14,000, his first HIT single 'THE CALL', which debuted at #1 on Billboard's HeatSeeker Chart, topped the 5 million mark, on Youtube and Matt is currently (for the 3rd time) featured on iTunes New & Noteworthy Country Home Page.

Matt Kennon: "It's easy to get caught up in things and forget that without 'THE FANS' there is no music."
Wow ... The power of Fan-Engagement.

***
CHIP MARTIN has produced over 250 songs on Kennon since 2001 and was solely responsible for Matt's development, ever since they arrived in Nashville, from Atlanta. Here's what Chip had to say ...

"Funny thing about any artist's "overnight" success, be it super-stardom or just going viral on social media- the overwhelming force behind the reward is usually countless hours of pounding away at the walls that stand between that artist and that goal. The absolute one thing to remember is to DO SOMETHING each and every day to further your career. Never give up. This is Matt Kennon's greatest attribute. Self-belief and persistence and an awareness of his fan base combine to break those walls down. I'm proud to be able to help an artist who has that kind of spirit."

KYLE LEHNING - Randy Travis's producer for the past 25+ yrs, amidst running Curb/Asylum through the 90's, came on board in 2006 and not only co-produced Matt's 'label pitch project' with Martin but, was also responsible for getting Kennon signed to his first record deal, on Stroudavarious. Here's what Kyle had to say ...

"Matt Kennon......a unique voice, a powerful story, a blue collar work ethic, and a sense of self and purpose that had me hooked the first time we met. Those are all the elements I look for in an artist. Matt has ALL the bases covered."
JT CORENFLOS  - JT, who has played on over 100 # 1 HIT Songs and is the 2013 ACM Guitar Player of the Year, recently joined Kennon and Martin, with Kyle Lehning at the helm, to co-produce Kennon's current project. Here's what JT had to say ...

"After hearing Matt sing just a few lines from any of his tunes you instantly hear honesty and sincerity. I think that "honesty and sincerity" is what lead to the incredible numbers in the social networking medias, after just a few days of reaching out to fans. Obviously I'm not the only one who hears that. Matt's success as a "do it yourself " artist shows a work ethic that would be hard to rival. I totally believe there is a place for Matt on radio and in the concert arenas. Certainly after seeing the huge interest from his recent "reach out to the fans" I'm not the only one who thinks that either."