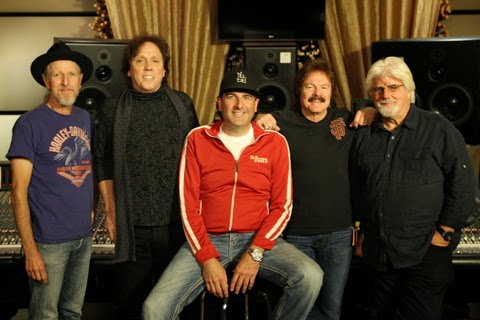 The project was the brainchild of producer David Lyndon Huff, who is a decades long fan of the Doobie Brothers music. He is eager to introduce the band to a new generation of fans, excite the throngs of loyal followers as well as ignite the electric country fan base with all the superstars they love. “The Doobie Brothers are such an important band in the history of music. The hits transcend time, so with this new collection we are just adding modern production and collaborations with the country stars.”

In addition to the Doobie's founding members, Tom Johnston and Pat Simmons, who continue to front the band, the album will feature John McFee, whose history with the Doobies dates back to 1978, and legendary singer Michael McDonald, who exited in 1982 but is returning for this project. “It is so exciting to have Michael on this project,” Huff said. “He heard what we were doing and immediately wanted to be a part.”

David brought his brother Dann in to co-produce four songs on this record with him. “My brother is incredible as most of the country world knows,” David Huff said of his brother who is the mega producer behind many Nashville artists. “We have been making music together almost our whole lives. I could not be more thrilled to bring him on to the Doobies with me.”

“I think it will be the first time that Nashville will hear how very talented he is,” said Dann of his younger brother, David, who splits his time between Nashville and LA doing productions for both country and pop artists. “This really was his baby and I see it as David’s entry into the country market. I am just honored that I got to witness him work on a few songs. It’s gonna be a great record!”

VP A&R of Sony Music Jim Catino echoes Dann Huff’s praise saying, “We’re very excited about this tribute to the Doobie Brothers, and watching David at work in the studio has only added to the anticipation. His talent in reimagining these classic hits is incredible. David has done a stellar job working with each of these amazing artists and creating a great energy for the Doobies and everyone involved.”