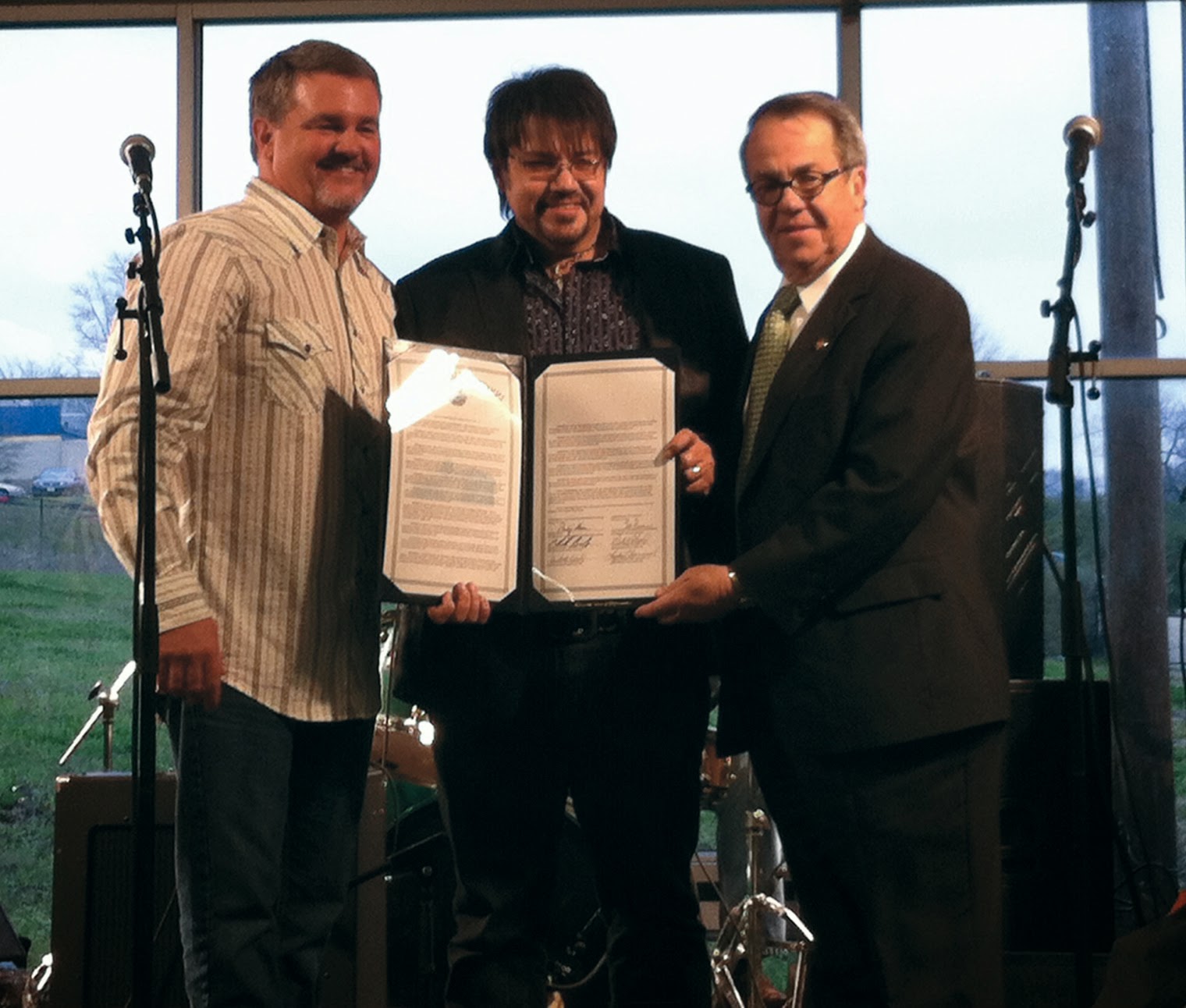 NASHVILLE, Tenn. (March 31, 2014) – Recently, Country Music artist, Jeff Bates was recognized with a Resolution put forth by the State of Mississippi’s House of Representatives. The resolution commended Jeffery Wayne "Jeff" Bates for his contributions and success in Country Music, for having confronted and overcome adversity, and for his dedication to his family, wife Kelly Vaughn and daughter Brianna.

“Whereas, a man with a life’s story that seemingly chronicles a classic country song,” listed the Resolution, “…Jeff rebounded with an undeniable affirmation of self and a renewed awareness of purpose to once again seize the reins of destiny which were innately embedded in the core of his musicality.”

The resolution went on to recognize Bates’ ongoing charity work and upcoming endeavors and concluded “Mr. Bates’ stature and incredible success, whose talent, life’s story and benevolences have bestowed great pride and integrity upon the great State of Mississippi.”

Bates was raised in Bunker Hill, Miss., adopted as the eldest of nine children by sharecropping parents. After moving to Nashville to chase his dreams, he landed a publishing deal with Warner-Chappell. However, in 2001, Bates’ battle with drugs and his addiction landed him in jail putting an end, if only for a while, to his music career.

After being released, Bates co-wrote Tracy Lawrence’s 2002 single, “What a Memory,” putting him well on the path to success. In 2003, Bates inked his first record deal with RCA Records and released his debut album Rainbow Man that produced a top-ten single, “The Love Song.” Three more albums would follow, including Leave the Light On (RCA), his self-titled project and One Day Closer (Black River), culminating in seven top-40 singles and a No. 1 Christian country single.

“I am honored and humbled by this award,” stated Bates. “I wish my Mama and Daddy were still here to physically see and share in this occasion. However I trust that they are with our Lord and Savior Jesus Christ in Heaven, smiling down with the pride only Parents can feel!” Bates continued “I would like to personally extend thanks to Aaron Williams; Rep. Charles Busby; District 111, Phillip Gunn; Speaker of The House, Rep. C. Scott Bounds; District 44, Senator Giles K. Ward; District 18, Senator Lydia Chassaniol; District 14, Lieutenant Governor Tate Reeves; and last but definitely not least my friend, brother, and mentor Fred Robinson and his wife Dianne for your selfless efforts on my behalf in making this momentous event in my life happen!”

Bates currently celebrates 13 years of sobriety. He continues the outreach of Jeff Bates Ministries and dedicates his life to what he considers “the most important and ultimate accomplishment,” the job of being a full-time father. Additionally, Bates is back in the studio working on a variety of projects, including the highly-anticipated album Me & Conway (which will feature Twitty classics as well as a mix of original tunes) and The Songwriter Series, both due out later this year. Bates is also assisting up-and-coming artists as a manager and has recently built Bates Shop Studios.

Posted by LovinLyrics at 6:52 PM