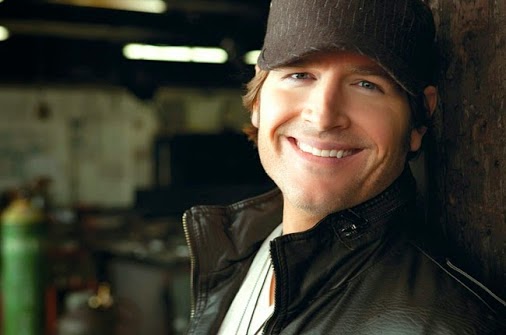 NASHVILLE, Tenn. (Monday, March 31, 2014) – Sea Gayle Records/Arista Nashville hitmaker Jerrod Niemann has unveiled his new nonprofit charity, Free The Music USA (FTMUSA), dedicated to collecting used instruments and giving them to children in need. Born out of his deeply rooted belief that every child deserves the opportunity to explore music within themselves, Niemann set out to help place instruments in the hands of children who could not otherwise afford them. FTMUSA will also make spontaneous and varied donations to music based charities throughout the year.

FTMUSA is partnering with Songs for Sound, a Nashville-based charity dedicated to assisting the profoundly deaf through awareness and providing resources for cochlear implants and rehabilitation. Songs for Sound and FTMUSA have partnered with the Academy of Country Music to give three recent recipients of cochlear implants a trip to the 2014 ACM Awards in Las Vegas to meet Niemann and hear him perform at the 2nd Annual ACM Party for a Cause® Festival on April 5 at The LINQ.

Newly appointed FTMUSA board member Shannon Shryne shares, “Jerrod's passion for helping people is just as strong as his passion for creating great music. Free the Music USA will harness that philanthropic energy and truly make a difference in so many ways. The possibilities are extraordinary and we’re excited to get started!"

After becoming a stock contractor with Back Seat Buckers, the official bull ownership program of PBR (Professional Bull Riders) and ABBI (American Bucking Bull Inc.) in January, Niemann selected his bull earlier this month on March 1, at AT&T Stadium. He has named his Back Seat Buckers bull “High Noon” after his new album, released last week on March 25, and will be donating any money his bull wins to FTMUSA. The winning Back Seat Buckers bull will earn over $100,000 in 2014.

For more information visit www.jerrodniemannofficial.com
Posted by LovinLyrics at 6:45 PM