JOSH THOMPSON GIVES FANS A CHANCE TO JOIN HIM ON STAGE 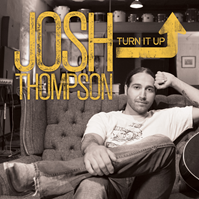 March 13, 2014 - Nashville, TN - Country star Josh Thompson has launched a cover contest that gives fans a chance to join him on stage!

Thompson announced the contest on Monday night (March 10), on his social platforms. Fans can submit an Instagram video covering one of the songs on Josh's setlist. The prize? The winner will be flown to see Josh in concert and gets to join him on stage!!! How awesome is that?

The best news? Fans don't have to sing to enter! Fans can sing, lip sync, or just rock out to the song to be eligible! All of you hairbrush singers, this is your chance!

Songs to Cover Include:

"Cold Beer With Your Name On It"
"Beer On The Table"
"Lonely Long"
"Way Out Here"
and more!

Fans' cover videos also have a chance of being featured on Thompson's social platforms!

Get all the info and ENTER HERE

We'd love your support on the contest!! We'd also love to feature any videos that your blog team might want to enter :)

You can also tweet your support for the contest with #TurnItUp4Josh

Josh's new album "Turn It Up” is set to release April 1st. You can pre-order HERE.

Watch the video for "Cold Beer With Your Name on It" HERE.
Posted by LovinLyrics at 6:43 PM