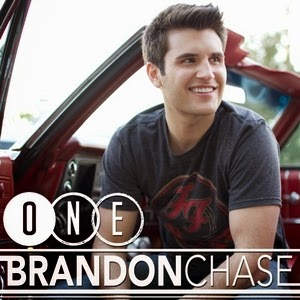 Brandon Chase is already setting the world a ablaze with his first single, "One" off his first album. "One" is a form fitting first single for Chase as he intuitively taps into the true power of one. For most people breathing comes easy, but that was not the case for Chase. Despite obstacles, his tiny body fought to defy death by building upon one successful breath after another. Truly living one day  at a time, his life's journey is one of inspiration.

"One" is not a novel song topic. It is the typical boy meets girl, boy wants and needs girl tale. In this case, the blue eyes of a maiden capture the one heart of a young Casanova. This sets off the all too familiar feelings of love and lust that blend together as one.

However, young Chase sings a passionate style into his character that makes this song unique.. The seducer knows the power of one. He has set up his dominoes all in a row. The question is can he knock the first one over, "one night", and benefit from the cascading affect of all the dominoes falling down one at a time and neatly lead to the desired destination.

Other singers offer more bravado when they call for a little less talk and a lot more action, however, Brandon Chase achieves the same by working the mastery of the power of one. He too wants his man to cut to the chase, but he allows it in a more delicate and romantic sort of way. My bet is this fellow gets the one night and each of the one days and one nights that then follow in succession.

You can purchase "One" on iTunes and Amazon.