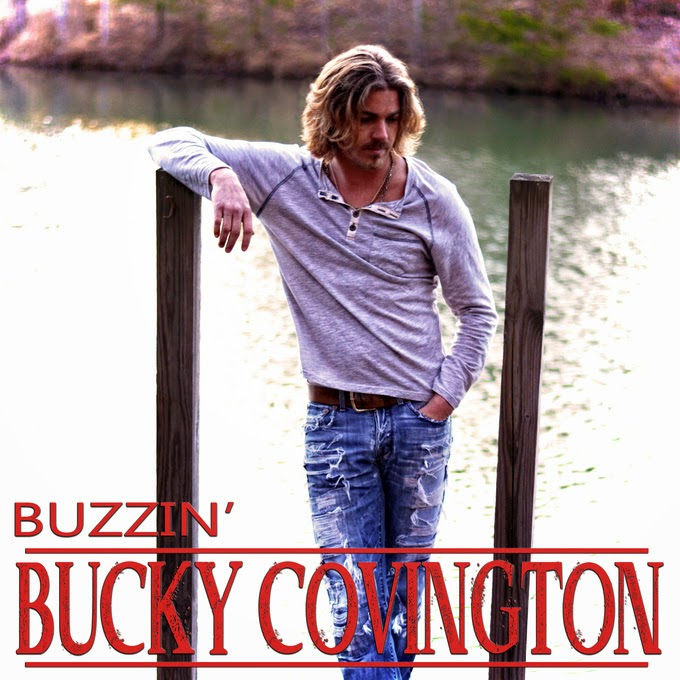 Nashville, TN…(April 17, 2014)…Country music star Bucky Covington is thrilled to release his first single as an independent artist, “BUZZIN,” to country radio. “BUZZIN,” the lead single from Bucky’s current project expected out later this year, is the perfect summer-time theme song, written by Brad Hull and produced by Covington himself and Dale Oliver. The song delivers to country radio this week via PlayMPE and CDX, and brings Covington’s fans a new and exciting side twist to his vocal style.

After deciding to go independent last year, 2014 is starting off great for Bucky Covington. He is currently in studio wrapping up his new independent project, which he is co-producing with Grammy nominated Dale Oliver, and gearing up for upcoming tour dates. Covington plans to release an EP showcasing his new sound in the fall, coincidentally around the same time of the expected birth of his first child.

A determined, talented, and genuine artist, Bucky began his career with 3 consecutive top 10 hits, including "A Different World," "I'll Walk," and "It's Good To Be Us," with his self-titled debut album releasing at #1 and marking the highest first week sales of any artist that year, and going on to become the best selling debut artist that year. The video for Covington's last single "Drinking Side Of Country," a duet with Shooter Jennings that Covington wrote and co-produced, garnered over 2 million hits on YouTube within 72 hours of premiering. Bucky is currently touring nationwide and gearing up for the release of his single "Buzzin." In addition to competing on the 5th Season of American Idol, Bucky's national television appearances include Good Morning America, Live With Kelly, The Tonight Show, Fox & Friends, and many more.

To learn more about Bucky Covington and see upcoming tour dates, connect with him at BuckyCovington.com, on Facebook , or on Twitter @BuckyCovington.