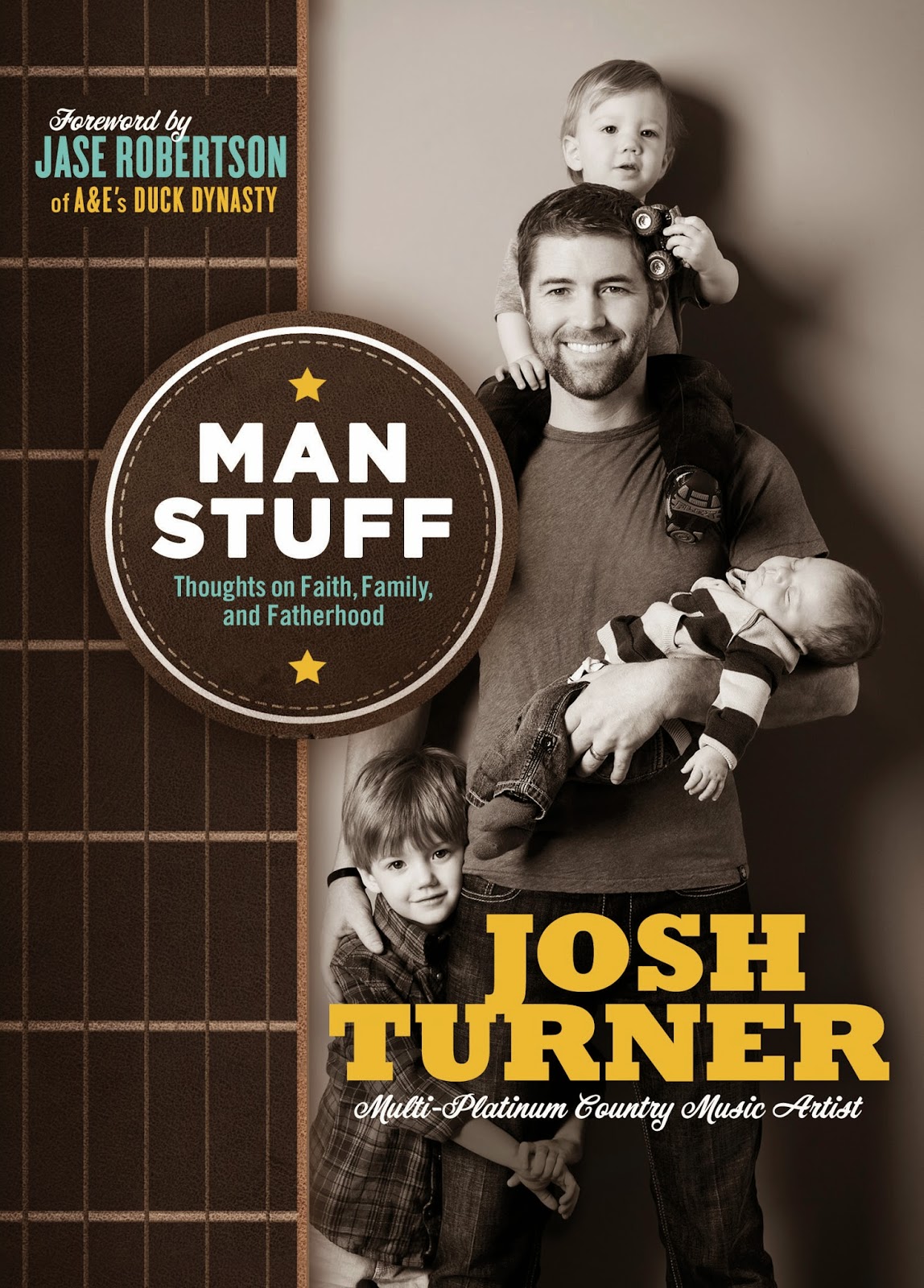 NASHVILLE, TENN. (Apr. 28, 2014) – Country music superstar Josh Turner, who has sold more than five million albums and entertained fans with sold-out shows across the nation, will release his first book, Man Stuff: Thoughts on Faith, Family, and Fatherhood, tomorrow, April 29. The book is centered on his Christian faith, with Turner telling stories and revealing lessons learned throughout his life as a father, husband, son, brother, and friend. Man Stuff, featuring a forward written by “Duck Dynasty” star Jase Robertson, is published by Thomas Nelson, an imprint of Harper Collins Christian Publishing.

Turner will be in New York City this week making the media rounds in support of Man Stuff. He will appear on ABC Television’s “The Chew” on Wednesday, April 30; Fox News Channel’s “FOX & Friends” and GAC’s “Headline Country” onThursday, May 1, and will tape the nationally-syndicated “The Better Show” for an upcoming airing later in the month. He will also appear on the Christian Broadcasting Network’s “700 Club,” currently scheduled to air on May 5, in a segment taped earlier this month at the Ryman Auditorium in Nashville.

In addition, Turner and his book are the subjects of a story running in Country Weekly in the May 5issue, on stands this week. Look for more media appearances and interviews from Turner to appear throughout the Spring season on People.com, FOX News Radio, People Country, FOX 411, Sirius/XM Satellite Radio, Billboard.com, ArthurKade.com, TheBoot.com, TasteOfCountry.com, Roughstock.com, NashvilleEdge.com, and more.
Posted by LovinLyrics at 12:31 PM